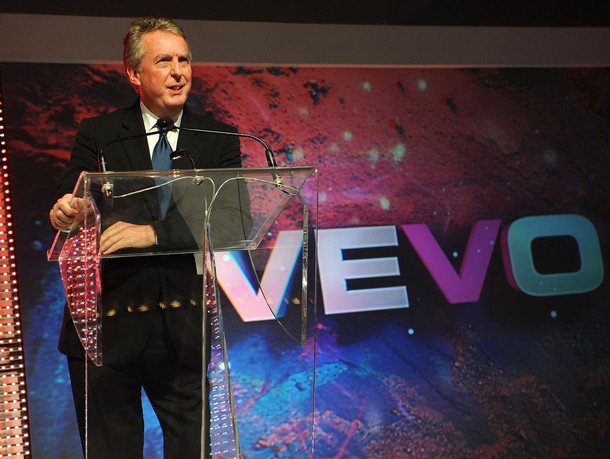 A possible major reason behind the project is the competition that music videos have on YouTube. Warner Music Group apparently removed its content from YouTube in March 2009 for just this reason, but is said to be considering hosting its content on this new service. The concept for the site is described as being a Hulu for music videos and the plan may have arisen from the goal of attracting more high-end advertisers. Currently, it is believed that many advertisers are ambivalent to hosting advertising on YouTube’s site alongside user-generated video. In the future, the site could host more than just music videos, such as editorials, other types of videos, and user-generated content.

The photo above is CEO of Sony Music Entertainment & Co-Chairman of VEVO Rolf Schmidt-Holt speaking onstage at the launch of VEVO at Skylight Studio on December 8, 2009 in New York City. Check out dozens of other pictures from the VEVO launch at daylife featuring numerous big stars and major players in the music industry