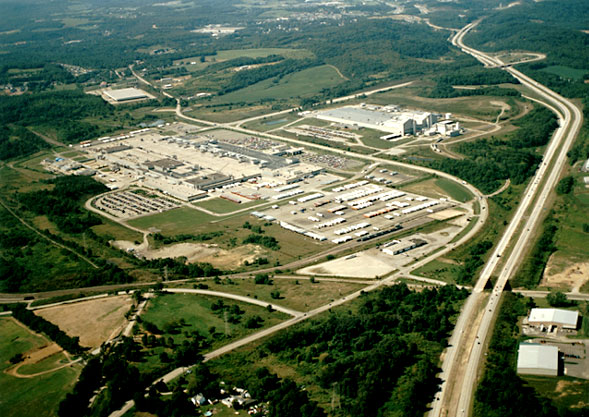 Sony has named its Westmoreland, Pennsylvania, plant as the second factory of a planned 5 or 6 that will be shut down as part of a global restructuring. Sony Insider actually predicted this closure may happen at the beginning of October after comments from Pennsylvania congressman John Murtha. A representative from Sony, Michael Koff, refuted our claims in a comment to the story which obviously seems void at this point. The factory is Sony’s last remaining TV manufacturing facility in the U.S. and the closure will see 560 people lose their jobs. Television manufacturing is scheduled to end at the plant by February 2009 after which Sony will supply the U.S. market from its factory in Baja, Mexico. The plant will close completely in March 2010 when the TV and Blu-ray Disc repair and U.S. east-coast logistics operations are also ended.

The Pittsburgh Technology Center, as the facility is known, first opened in 1990 and made large rear projection TVs. It switched to flat-panel LCD (liquid crystal display) production when that technology became popular and currently produces 46- and 52-inch LCD TVs.

Rick Clancy at the Sony Electronics Blog posted a cool timeline of events at the Pittsburgh Technology Center: