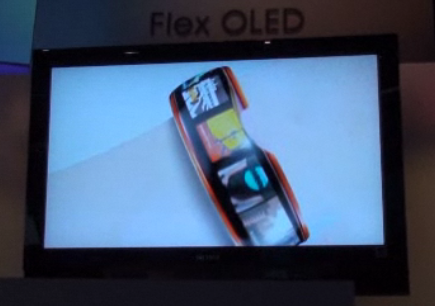 Did you know Sony Insider content has been featured on a television show? I’ve known about this for a while but kept forgetting to share it with everyone. During CES 2009, our coverage of Sony’s booth was the best of the best. The most interesting thing we found at Sony’s CES area was their Flexible OLED displays and concept videos, which we captured on video and shared with the world. The Flex OLED content was so popular that we received an e-mail from Gina Desjardins, a co-host on the TV show M.Net on MusiquePlus TV (mnet.musiqueplus.com), a popular technology/video games show from Quebec, Canada. They were doing a CES wrap-up and showed off our capture of Sony’s Flex OLED Walkman – in French.

Fast forward to about 2:20 in the video to see our video. Anyone know what they are saying?

We noticed some extra traffic from Canada when this aired, which we are very thankful for. Did you find us from the M.Net CES story?