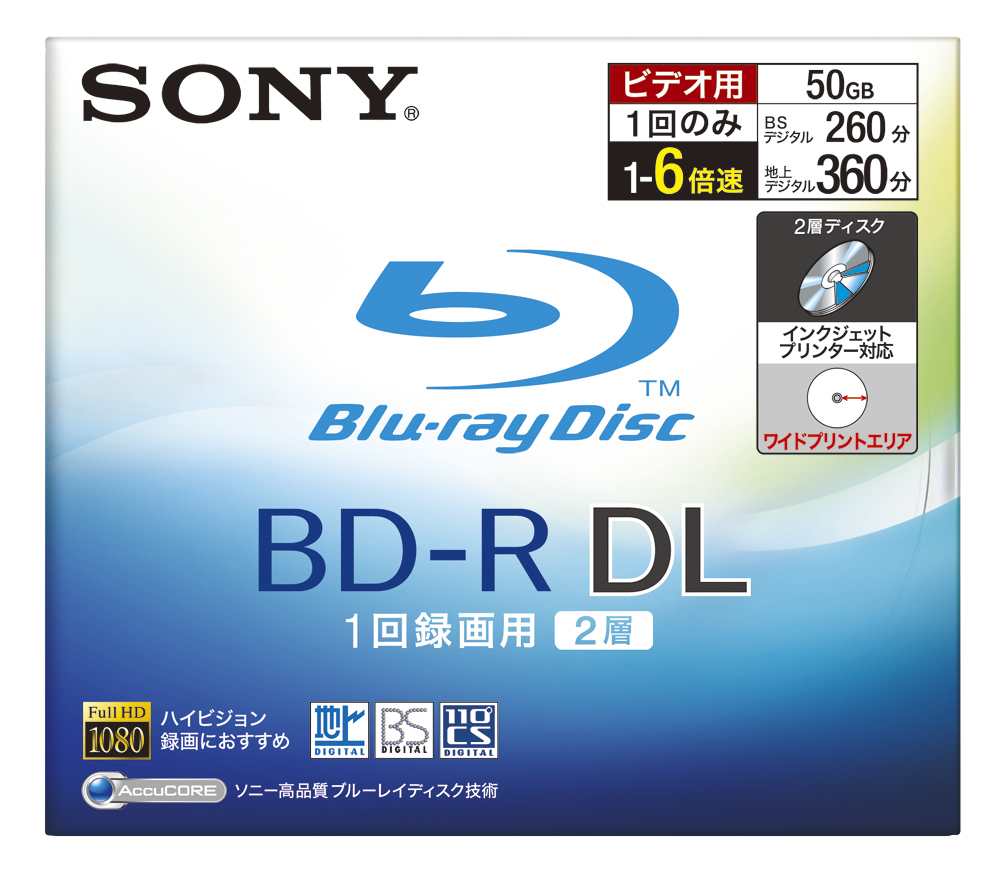 If you currently own a Blu-ray burner (for PC, exotic Sony Japan BD DVR, etc), then you’re finding that these blank  25/50gb Blu-rays are costing anywhere from $25-50+ USD for a single disc, and perhaps less in bulk. SonyStyle USA currently only offers a 1-2x blank Blu-ray disc in the aforementioned sizes, but it looks like Sony Japan has taken the wraps off a single-sided 6x speed 50gb dual layer disc for video, and another seperate for data. The only other companies making 6x recordable Blu-ray discs that we can spot at the moment is TDK and Panasonic, so perhaps this is an indication that many more companies will be at this speed soon as well and more burners out there will support it.

The BNR2VBPJ6 and BNR2DBPJ6 discs will sell on April 20th (my birthday) in Japan for a suggested retail of 1,700Y ($16USD), but store prices should be a bit less. No word on availability elsewhere.

Here are the wrappers: