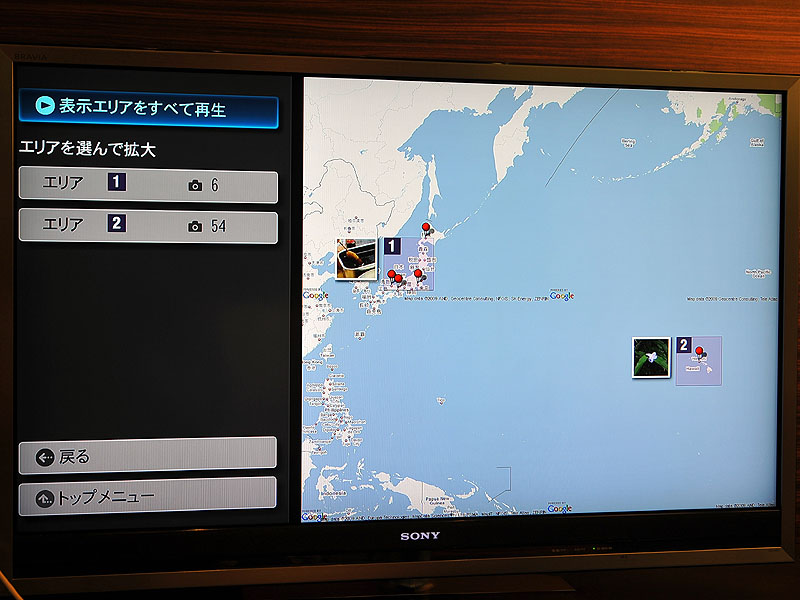 Well, maybe that whole BD-Live thing that Blu-ray manufacturers have been touting is suddenly going to become much more interesting. Sony is offering an update to its Blu-ray authoring software, Click to Disc, to version 2.0 that was recently bundled with its Japanese update to the L-Series Vaio hardware. It will include for the first time, in any Blu-ray authoring program, the ability to integrate several BD-Live options into a disc, including access to online web albums (Picasa) and also a Google map-based gallery solution. BD-Live is basically access to internet based content through the menu of the Blu-ray. BD-Live features in the past have included internet chats, scheduled chats with the director, internet games, downloadable featurettes, downloadable quizzes, and downloadable movie trailers.

However, no software company has released the ability for home users creating Blu-ray discs on their own to integrate BD-Live services until now.

The most interesting addition to Click to Disc Editor is the ability for folks to burn a direct link to their Picasa web gallery on a Blu-ray, called “Web Album.” This could effectively give us all the ability to turn our televisions into big art canvases for our photo/video streams. Basically, you can now burn a disc for grandma and she could put it in her BD-Live equipped Blu-ray player and view your drunken escapades. Sony Japan has a demonstration flash page that shows you what the basic Web Album experience would be like.

Additionally, Web Album will update the viewer of the gallery if new pictures of videos have been uploaded while they are browsing. Viewers can also comment directly on the web gallery interface on the Blu-ray itself. Support for Windows Live FrameIt is coming soon, but if Sony is really smart they MUST find a way so people can tap Facebook photos, flickr, and so forth.

Here is a picture of what a real-time notification for new uploads would look like in the BD-Live program Photo Album on a TV:

Another BD-Live feature you can now burn onto a disc, “Map View,” allows your GPS-tagged photos and videos burned onto a Blu-ray to be displayed on an online map, which also displays the usual Google Maps features and rich location information. Sony Japan has a demonstration flash page that shows you what the basic Map View experience would be like. Here is a picture of what it would appear like if you were using the BD-Live program Map View to view pictures in Hawaii and Japan.

Sony hasn’t brought this outside Japan – yet – but Click to Disc users elsewhere should see this update sometime over the next few months. What kind of additional BD-Live programs would you like to see Sony offer consumers the ability to burn? There is alot of potential there for some sort of developer community, etc.

This information, in English (AV Watch originally reported in Japanese), is a Sony Insider exclusive, brought to you here first.