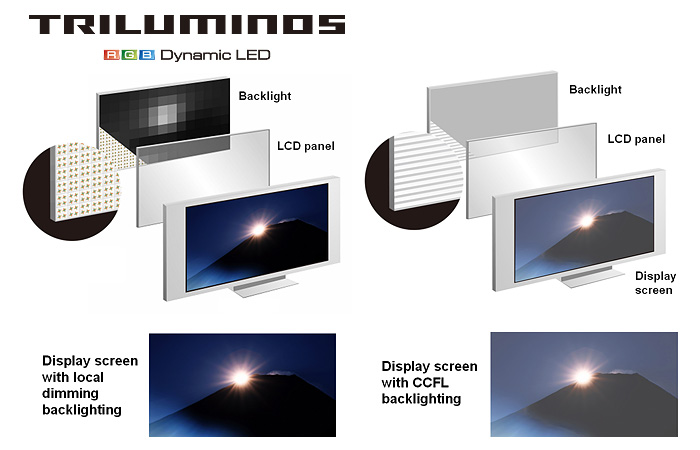 A lot of times we come across a number of certain terms and marketing branding and really have no idea if there is really a meaning behind it or it is just a gimmicky fancy name.

The term Triluminos was first introduced by Sony when they released their first LED (light emitting diodes) TV under QUALIA high end brand. Qualia KDX-46Q005 was a hand assembled TV and also the first in the world to use an LED backlight, which Sony says helps the set deliver a superior picture with truer and richer colors.

After 5 years of the first LED introduction to the market Sony released Bravia XBR8 series in 2008 that sport the same Triluminos branding with improved technology (local dimming). Here are 2 great pieces of video that explain in detail how RGB (red, green and blue) LED’s work together to provide the richest colours and deepest contrast available in an LCD today.

Videos are courtesy of Sony Canada.