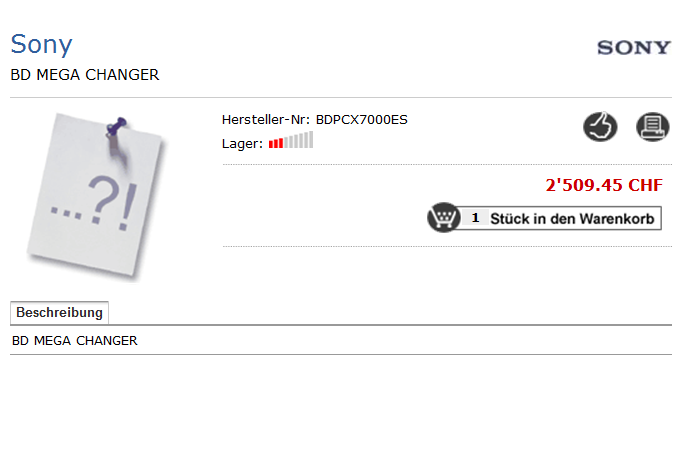 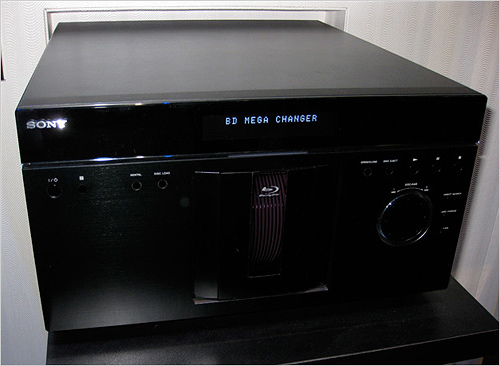 Attention all you Blu-ray disc hoarders! I know you are running out of space and have been begging Sony to bring a new BD mega changer. There is currently one on the market HES-V1000 200 Blu-ray changer however being so attractive and featuring DLNA server plus 500 Gig of hard drive goodness still did not cut it. Why? Well first all, as a BD player it is pretty slow and takes its sweet time to load your discs; it is not 2.0 Profile and Sony for some unknown reason  will not issue a firmware upgrade; it does not have any way to record your HD programming neither it has a built in digital tuner. I could go on with the list of its shortcomings and am pretty sad that Sony has not really thought through all the great features it could have had from the start.

Anyways, enough of lamenting, as very soon we will see two new Blu-ray products from Sony: BDP-CX960 and BDP-CX7000ES. Most likely the CX960 will feature a 200 disc changer and top of the line ES model (Elevated Standard) will have 400 disc capacity. I was able to dig out an approximate price of the ES model – a quick search on Google brings up a Swiss product page listing the price of 2509.45 CHF (about $2250). Sony has shown its BD Changer prototype several times at IFA and CES and it looks like it is ready to bring it to the market.

This information is a Sony Insider exclusive, brought to you here first.