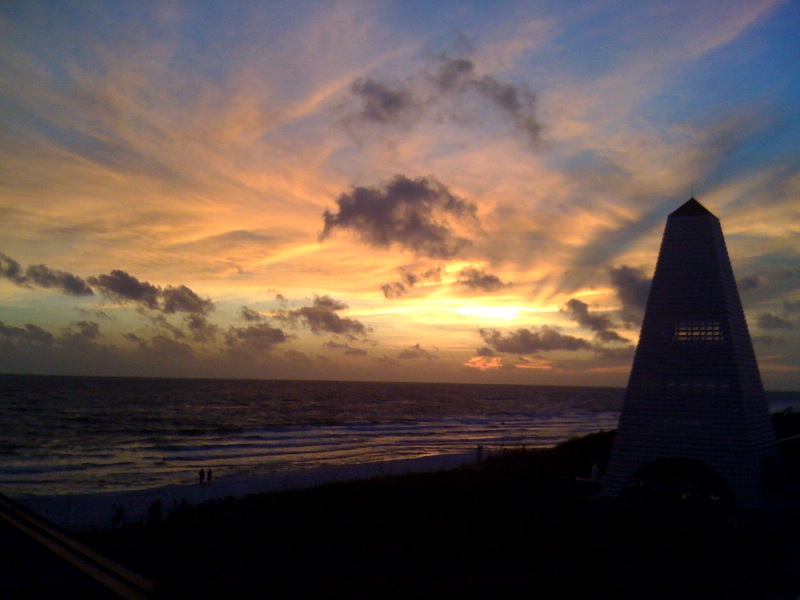 Seaside is an unincorporated master-planned community on the Florida panhandle in Walton County, roughly midway between Destin and Panama City. It was founded by builder/developer Robert Davis in 1979 on land that he had inherited from his grandfather. The town plan was designed by architects/new urbanists Andrés Duany and Elizabeth Plater-Zyberk. Seaside is often cited as the first New Urbanist development. At the time of Seaside’s construction, Walton County had no zoning ordinance, leaving Seaside’s founders able to plan with a comparatively free hand. In the absence of these regulations (e.g., minimum lot size, separation of uses), Duany and Plater-Zyberk (DPZ) were able to design a mixed-use development with densities greater than conventional suburban development.

I visit the place just about every year and have always wanted to shoot HD video since it is simply gorgeous. If you noticed the lack of posts over the last few days its because I was visiting once again, but I shot some video of a Great Blue Heron at the beach during a sunset with my trusty Sony HDR-SR10. I hope to share more personal videos like this on Sony Insider in the future, if your willing to accept it. If anything, allow this video to ease your mind and free you from the stresses of the day.

DPZ hired architects such as Melanie Taylor and Robert Orr to design the buildings and housing for the development. Seaside is primarily a resort community, consisting of residents who live there for months at a time as well as vacationers renting cottages and houses. Many scenes of the 1998 film The Truman Show were shot at Seaside. The movie’s director Peter Weir was planning on building a movie set town for the movie when his wife, Wendy, happened to see Seaside featured in an architect’s magazine and thought it would be perfect for the film.

Time magazine called it “the most astounding design achievement of its era and, one might hope, the most influential.”