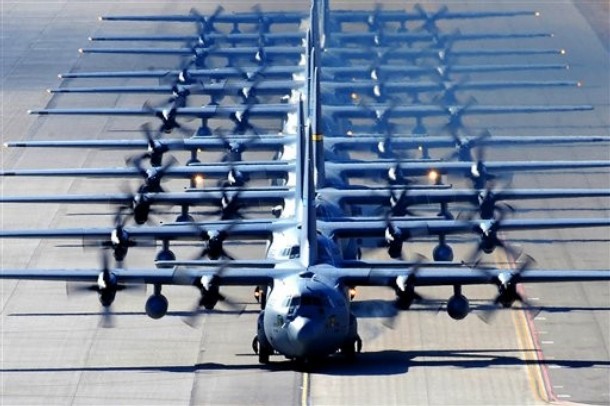 According to a recent article in InformationWeek, the United States Air Force is moving forward in obtaining 2,200 PS3 systems to enhance its already 336 unit strong supercomputer. The PlayStation 3s will be used at the Air Force Research Laboratory’s information directorate in Rome, N.Y. The Air Force also has no plans to drop this method, as moving to an alternative technology hardware would also cause duplication of costs associated with redeveloping the software, military systems, and applications already based on the existing Sony PS3 cluster. This will become increasingly relevant as the magnitude of applications and supporting hardware infrastructure likely will increase over time.

With respect to cell processors, a single 1U server configured with two 3.2GHz cell processors can cost up to $8K while two Sony PS3s cost approximately $600. Though a single 3.2 GHz cell processor can deliver over 200 GFLOPS, whereas the Sony PS3 configuration delivers approximately 150 GFLOPS, the approximately tenfold cost difference per GFLOP makes the Sony PS3 the only viable technology for HPC applications. Sony is the only firm capable of manufacturing the brand of required hardware without the Government experiencing substantial duplication of cost that would not be recoverable through competition among providers of alternative technology. Using cell processor technology besides the Sony PS3 would cost the Government the equivalent of several years of professional research and engineering effort.