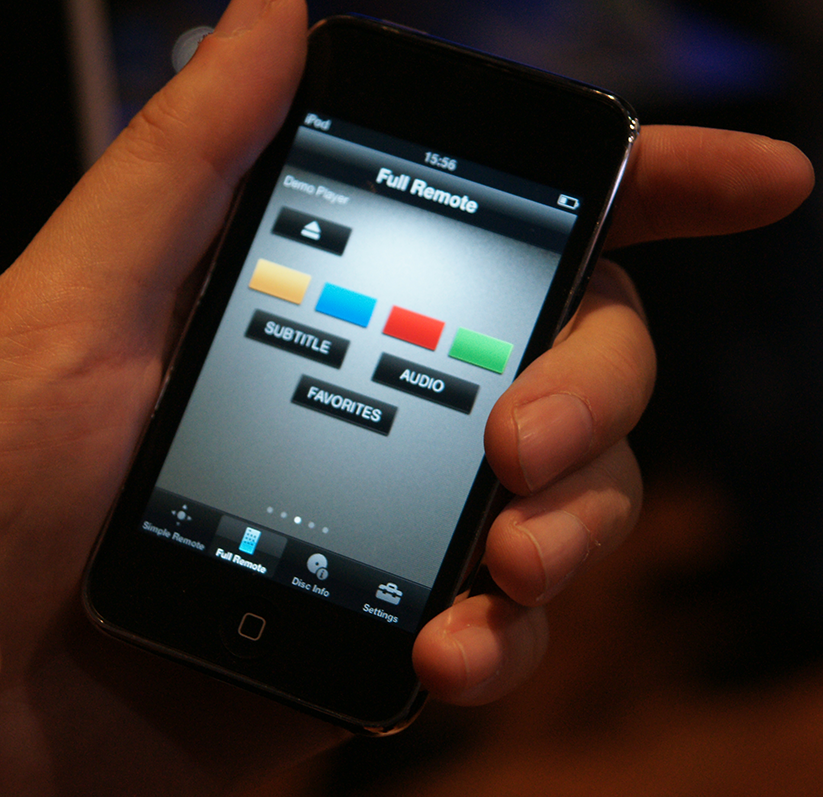 One of the most overlooked announcements by Sony at CES 2010 was the new iPhone/iPod Touch application called “BD Remote” that will be compatible with all 2010 Sony Networked Blu-ray Players. Sony mixed things up by making their Blu-ray remotes Bluetooth, and Sony will also offer an additional Wi-Fi Blu-ray remote control application for iPhone and iPod Touch devices on the App Store. It should be available very soon – Sony wants the app to be available before the Blu-ray players so people who stumble upon it will be enticed to learn more. We’re very excited that Sony is going in this direction by offering consumers multiple choices for controlling their Blu-ray players. However, it seems that most of their 2010 Blu-ray players will not have a IR sensor for older multifunction remotes, which could be a big bummer for some home theater enthusiasts.

I inquired about the application receiving updates, and they said if the feedback was good enough that they would follow that path.

Let’s take a look at the interface:

Upon opening the application you’ll see Simple Remote, a new simplistic remote interface concept by Sony that allows you to quickly and easily move around in the menus and select options accordingly. Response was perfect. As you can see there are also dedicated options to Return, access the Options, or go Home. We were really impressed with this section of the application.

The Full Remote interface is just as advanced and feature-rich as the dedicated remotes that come with their 2010 Blu-ray players. As you can see in this one section, we have all of the normal video control options in one easy to use interface.

Another section of the Full Remote interface is multi-colored buttons, Eject, Subtitle, Favorites, and Audio options.

In this part of Full Remote, we can also see a more simple layout that is essentially the same as the Simple Remote tab – back, forward, up, down, select, Top Menu, Pop/Up Menu, Return, Home and Options.

Another great feature within the BD Remote application is the ability to see Disc Info, where it will pull up a great deal of information about the content you are watching, all figured out by Gracenote. The amount of information within somewhat reminds me of IMDB. Here’s what you’ll see first (If you were watching Surf’s Up Blu-ray, for example):

It also has a listing of the cast in the movie you are watching, and you can also learn more about each additional actor:

The settings are fairly basic, but we did notice that you can control multiple devices with this application:

There is also the whole registration process, which is extremely easy: