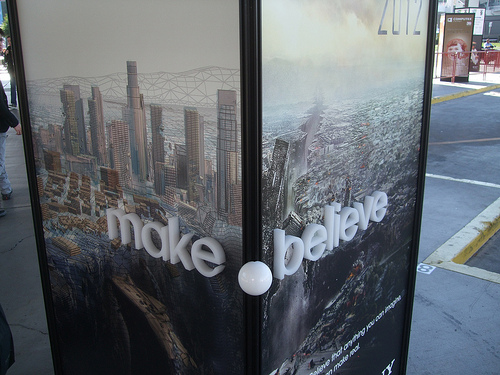 All right, so it looks like another device in a growing market is coming your way to manage your DLNA devices, HD content, Internet and Social Media – in one word – tablet! We are not talking about a Tablet PC, as we know Sony tried it way back in early 2000 with VAIO PenTablet PC PCV-LX900 series and earlier its VAIO UX mini computer series (or UMPC – what an ugly term!). People want a device that is intuitive and easy enough to surf the web, check on their tweets, post something on Facebook. So what will it be Sony? Will it be a VAIO Tablet or a generic Sony device? We do know Sony has been working on a device, and that is good news.

To back up the above statement, Sony CFO Nobuyuki Oneda (it’s interesting to hear such news from a Corporate Chief Financial Officer, by the way a very humble man, I got to meet once) mentioned: “That is a market we are also very interested in. We are confident we have the skills to create a product,”  who was speaking at a Tokyo news conference held to announce the company’s quarterly financial results. I am pretty confident that its bright engineers are more than skilled to create a very attractive, so to say Sony Style tablet and it is the software that will be in this tablet that is what I am worried about. Again, it’s is all about user experience nowadays and if it is not friendly, a customer is usually turned off by it and the product becomes a flop or a niche that gets adopted by a small devoted crowd. Let’s look at Mylo for example. Awesome idea, it was a good time to be introduced at, marketed to young generation, had its own set of apps, instant messaging, web browsing – Internet device My Life Online. All those statements describe great potential and lots of profits for the company, but at the end – have you tried using it? I sure have and am left disappointed – great hardware, but flawed software! Sometimes I wonder, if any of the top executives ever get to spend some time with a product before it hits the market and see it for themselves, question themselves would I want to use it every day? I know it is probably hard for a company like Sony that produces multiple categories of products and I do not see Sir Howard playing with every VAIO or checking out every Sony Ericsson phone.

So where am I going with this? I guess I want Sony to succeed and bring something extraordinary to the market, something that is not half-baked and mass produced so that they are keeping up with a fruit company. I am sure Sony saw what iPad does, and even threw some reverse psychology in the mix stating that it will help its PSP sales and Reader market, and what Sony needs to do is look at iPad’s shortcomings, check all kinds of comments posted by readers of popular technology blogs on the topic of Sony tablet just to see what a customer really wants, tie it all into your upcoming Sony Network content and create a groundbreaking device. It will need to stand out however and be very unique, so take a look at some interesting patents you have so far and see what you could implement. OK, pretty? Anyways, prove your statement: “Believe that anything you can imagine, you can make real”. Only in this case, I would change it and say: Believe that anything you(customer) can imagine, we (Sony) can make real. So Make.Believe, y’know..

That’s all I wanted to share with you all. I would love to hear back from you and see what your thoughts are too.