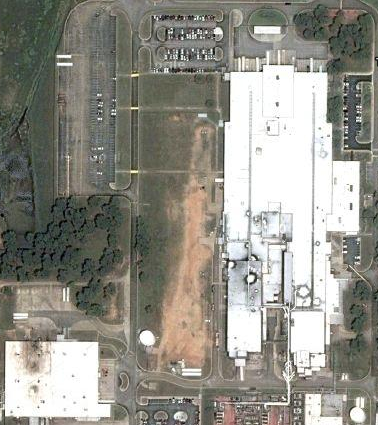 In another unfortunate turn of economic events for Alabama, Sony announced last week that they are closing down their Dothan-based Sony Magnetic Products, Inc. after 33 years of being in business. Established in 1977, the facility manufactures Sony’s professional, consumer and data storage magnetic tapes, print media products, as well as coating material for optical disks. The closure wasn’t really a surprise to the 320 full time employees working there. Workers have been flexible with their schedules in recent times to keep the plant viable. The company runs some departments 24 hour a day, but operations had declined from seven days a week to four or five over the last several years. Operations will be phased out starting in April 2010, with the closure planned to be completed by September 2010.

Spokesperson Elizabeth Boukis, Public Relations Manager for Sony USA, said “this strategic business decision is designed to strengthen Sony’s cost-competitiveness by consolidating production.” Boukis said employees will receive severance and other benefits as the operation of the plant ceases. In regards to job transfers, she said all employees who have been given notice “are encouraged to find out about job openings within Sony Electronics and at other Sony companies by reviewing current internal and external job openings.”

I found a great historical perspective of the plant, courtesy of the Dothan Eagle, which describes how the Mayor (Grant) of Dothan, Alabama at the time convinced Sony to put the plant in his state instead of Florida:

Grant was instrumental in getting the electronics giant to re-evaluate its decision to open a plant in Florida, after reading about Sony’s plans in the newspaper.

“We found out they were looking to locate in Tallahassee, but they were having trouble with the property rezoning in their location,” Grant said. “We called Sony and they said they were not interested in going anywhere but Tallahassee. We begged them to come up here.”

Grant said Sony officials did come and he took his personal motor home and loaded it up with city officials representing utilities, engineering, fire, police – virtually every city department – to answer any questions Sony representatives had. But none of the properties officials showed was acceptable to Sony, Grant said.

“I realize we needed something stronger. I called Governor Wallace and asked him to call the president of Sony in Japan and ask him to locate in Dothan. We knew they were having a hard time in Tallahassee.”

“They flew in here and we picked them up in the motor home. We couldn’t speak Japanese and they couldn’t speak English. As we rode down the road, the president asked me through an interpreter what people do after work, on weekends and for vacations. I answered him what I thought people did, and then he asked to go to a golf course.”

The motor home turned from Montgomery Highway down Cherokee to the Dothan Country Club.

“We walked over to the ninth green and he saw all the azaleas and dogwoods in bloom and he said, ‘We come to Dothan.’ We went back to the motor home, took him back to the airport and he went to Naples to play golf.”

Sony officials wanted the plant located “in a nice neighborhood” with lots of trees, so they built the plant adjacent to Chapelwood.

The plant opened at its current location on West Main Street in 1977 with an anticipated 1,200 employees, but by the time it was set to open, Jimmy Grant, who was mayor at the time, said Sony had already expanded and had 2,000 employees on the payroll.

The plant has had multi-million dollar expansions twice in the past 11 years. In 1999, Sony completed a $34 million expansion, involving a new metal evaporation process for producing computer date storage products. In 2003, the Dothan plant invested $8.8 million and planned to add about 80 jobs over a three-year period as part of company requirements to produce two new products – a data storage LTO (linear tape open) and a digital video cassette media.

The workforce has declined steadily since the ‘90s and the company has reconfigured itself as consumer interest has driven market changes. According to an official statement, the Dothan plant currently manufactures professional, consumer and data storage magnetic tapes, print media products, as well as coating material for optical disks.

The Dothan plant just started its print media component in January, as a 30-day trial.