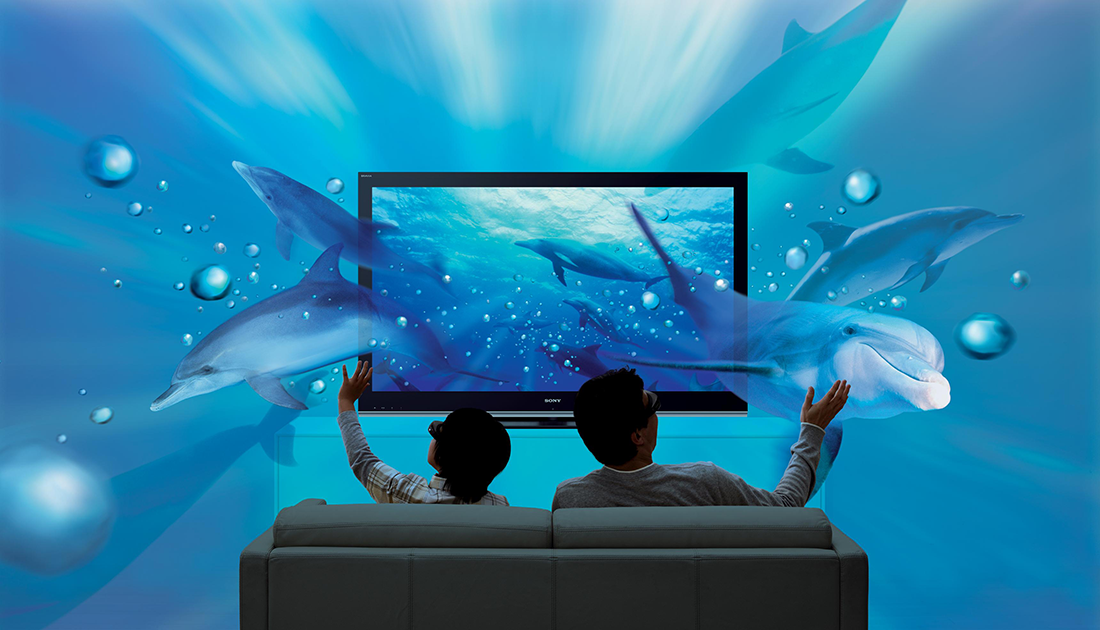 Less than a week ago, Erica Ogg of CNET e-mailed me a few questions for a piece she was doing about Sony. The title of her post was, “Can Sony stop breaking its fans’ hearts?” and is about how the company is full of talent and innovation but doesn’t seem to execute the grand slam other CE manufacturers such as Apple, Nintendo, etc have accomplished. I was briefly quoted in the article (our e-mail conversations were much larger), and you’ll soon realize that it would have been impossible for her to use everything I said.

Her questions are in bold –

Erica Ogg: What’s the sense you get about Sony products lately…are they reactionary to competitors or are they truly working on new inventive things?

Christopher: The sense that I’ve always had about Sony is that they have various methods of delivering products. Many times competitors have taken Sony’s technology or product idea and added another layer (usually software or price related) that glorifies the experience and makes it easier to use. It’s no secret that they were an analog hardware company for most of its life and slipped when everything went digital. But the whole feeling lately that Sony isn’t inventive, or headed in the right direction is odd and something I would have said several years ago. Not now. Sony has done a complete 180 compared to 5 years ago. I think that their product strategy is a little vast at times, but plays to many different price ranges and ensures quality and competitiveness.

Sony has worldwide, regional and specific strategies. Let’s take a look at several of the upcoming products for 2010, for example.

Worldwide, Sony will begin to offer 3D televisions (along with nearly every other major CE manufacturer), Blu-Ray 3D players, and enable the PS3 to have the ability to play 3D games for free through a firmware update. On top of that, Sony is accelerating the creation of 3D content by essentially providing and educating everyone about the back end, from cameras, lenses, studio/mastering equipment, and so on – from the lens to the living room. Sure, you can argue that 3D content will be limited, its a gimmick, and so forth, but I’m excited for 3D games and eventually Blu-rays. No other game manufacturer has anything like this coming as quickly as Sony. Then we’ll eventually have live 3D TV, which will be limited at first, but still very exciting in certain applications such as sports. I think its pretty inventive that Sony is playing a key role in making this whole thing mainstream. Let’s say Sony didn’t play a backseat role like many others – we would probably be muddled in the 2D age for a while.

Regionally, Sony has different product lineups that they believe will work the best there based on market data, competition, and so forth. A perfect example of this is the Walkman situation. Apple probably has well above 85% market share with portable music players in the last several years in the USA and Sony plays a very limited range of Walkman MP3/Video players here. It’s the safe bet. In Japan, Sony has a 64GB A-Series OLED Walkman that has an incredibly vibrant color display and rich functionality. In Europe, they only play the 16GB version of the device, and in Asia Pacific they offer it up to 32GB. Those decisions were made after market research – the choice probably resides in the question, “Can we make money playing the whole range, or a specific capacity in this regional area?” That is probably the common sizes people (when I say people, I mean the masses) are buying in that area.

Also, as far as I know Sony was the first major CE manufacturer to put a large touchscreen OLED screen in a portable music player. Now it seems like having OLED in a mobile device is one of the hottest aspects.

A good example of a specific strategy Sony is doing is the upcoming Dash Personal Internet Viewer just for the US, which is the alarm clock of the 21st century with a custom chumby OS and access to 1500+ apps including weather, traffic, news, e-mail, Netflix Watch Instantly, Facebook, Twitter, and more. When I go to the store I don’t see anything like that sitting on the shelves. Chumby has been around for a while but this is another example of Sony bringing incredible, cutting edge technology to the masses. How do you think Sony customers/fans’ perception of Sony has changed over the past couple years as Apple has become more influential as a consumer electronics company?

I think Apple won many people in the USA because they have a brilliant leader who can transform a product launch into a phenomenon, build mostly great devices with revolutionary software, and have an incredible fan base. Steve Jobs is an American icon and identity that Sony simply doesn’t have here. Sony did in the 80’s with Akio Morita. Apple has had a pretty good track run of successful products especially in the last ten years and have sold many devices. They are an ubiquitous name and have a custom tailored experience, from the store right down to the box. Apple clearly influences Sony and vice versa. I will admit one of my favorite devices of all time is an iPhone, because it created a world of connectedness I’d never experienced in my life.

When I think of consumers who usually choose Sony, they appreciate the quality the brand name usually represents and are willing to pay a higher price. Sony attracts people because they have beautiful hardware design, innovative features, but also have some competitively priced products in many areas of electronics. Most of their devices are top tier quality, especially with things such as HD, Audio, and so forth. Some people have had bad experiences with Sony products, but on the overall scale of things it has been a company that delivers quality.

Just like Apple, Sony is an ubiquitous name and has a custom tailored experience, from the store right down to the box. If I had to rank companies that are the most watched brands, sure you can say Apple, Google, Microsoft, but Sony isn’t that far behind. It’s such a large brand (you must also think movies and music) that has so many people behind it.

Do you think fans growing impatient? If so, can you cite specific examples?

Sony has turned some fans off in various product categories that was disappointing to observe. Let’s talk about gaming.

After commanding the market for so long with the PS2, Sony makes a successor. The PS3 was very expensive at launch, had a bunch of revisions, and was built at a cost for a long time. While Sony is trying to sell the PS3, Nintendo blew up because they offered an innovative controller with the Wii and it was relatively low cost and easy to use, therefore attracting the everyday person. That’s the pinnacle of strategy in this category – when women, old people, and all those other genres of people who usually don’t spend money on gaming start to do so.

Those who didn’t want to pay the high price for the PS3, wanted more complexity and advanced graphics than the Wii, chose the XBOX360. Microsoft stole so many consumers from Sony it’s absurd – if you had said that to me at the peak of the PS2’s success it would have been hysterical. But Microsoft did just that by offering a lower priced system first with capabilities that made it seem on par with what Sony was trying to offer, even though the PS3 is far more advanced. But the 360 had just enough going for it in the overall experience to entice the advanced consumer Sony was seeking. The consumer who was tired of waiting for whatever was stopping them from choosing the PS3.

You mentioned the whole Wii/Xbox juggernaut stealing momentum from the PS3. What about the proprietary format issue…that seemed to be a huge turnoff for fans. Do you think they’re over that?

I don’t think many people view Blu-ray has a proprietary format these days since it has become so mainstream. There are still many people who use DVD. Those who choose to embrace the splendors of HD either see it in a theater, business (bar, restaurant, etc), Blu-ray and HD content from the Internet, or their content provider (cable, satellite, etc). This is pretty much the accepted landscape of the HD world.

The only reason I feel Blu-ray was ever viewed as proprietary is because of the rocky start it had competiting with HD DVD, where it was an object of slander and still in the stage of forming alliances. There was also the issue of cost at the beginning – everything associated with it was expensive and the US economy was tumbling. Fast forward to 2010, where the economy is improving. Consumers can enjoy enormous games are on 25-50GB discs, backed by a huge network infrastructure (e.g. MAG).

I just don’t get how someone can use a system that has games where you have to change discs – wouldn’t you rather have it all on one? Final Fantasy XIII will have 3 DVD discs on the XBOX, and only require one Blu-ray disc for the PS3. I think the power of that fact will begin to resonate in consumers as games become larger and more complex.

Does the idea of a Sony fanboy really exist anymore?

Absolutely. I meet them all the time on PlayStation Network in games, talk to them on Twitter, see them in comments on technology blogs, watch them proudly talk about their products in forums, or the explosive traffic Sony Insider has received, and so forth. Most of the people working for Sony, not only in electronics, but in other areas are “fanboys.” There are also many “fangirls.” They love what they do. I don’t think I’ve ever met one person working at Sony who was miserable – they love the brand, and want they genuinely want the consumer to have the best experience possible. I see nothing but total dedication with those people, of which you would see only in successful business environments.

I also get a sense, just in reading the comments on a lot of message boards today regarding these new products Sony will apparently launch soon, that there are a lot of people who want to be excited but are sort of cautious because they’ve been hurt before by things from Sony that didn’t pan out. Do you agree that there’s that feeling out there among fans?

There is definitely that feeling of skepticism with Sony products in the online world. There have been some memorable, high profile slips, such as Minidisc, ATRAC, SACD, Connect Music Service, or more recently the mediocre success of the PSP Go amongst other examples. Consumers have the right to be weary – Sony makes huge gambles with their innovations, hoping that they will take off and become mainstream. The general feeling is that when Sony launched a product in the past (specifically the 90’s and early ’00’s), it could do so much, but generally was lacking a few key features and was generally more successful in an environment with only other Sony products. It was like that for a long time. Things have changed greatly though – a good example of this is that nearly all of Sony’s 2010 digital imaging products have slots for Memory Stick Duo and SD cards. 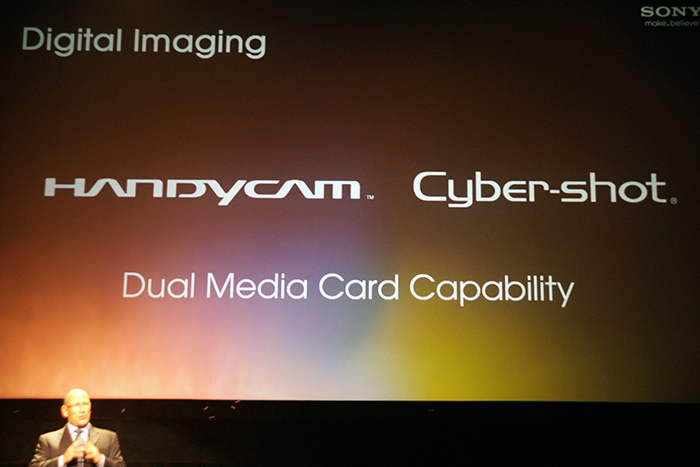 It took Sony a while, but they are getting it. Offer as much choice as possible.

If you look at their products for 2010 and the general strategy for the coming years it seems to me that Sony is playing things the right way now. As for regaining trust, only the consumer can make that choice. But I believe many people still feel Sony, despite its errors, is a very trustworthy brand.