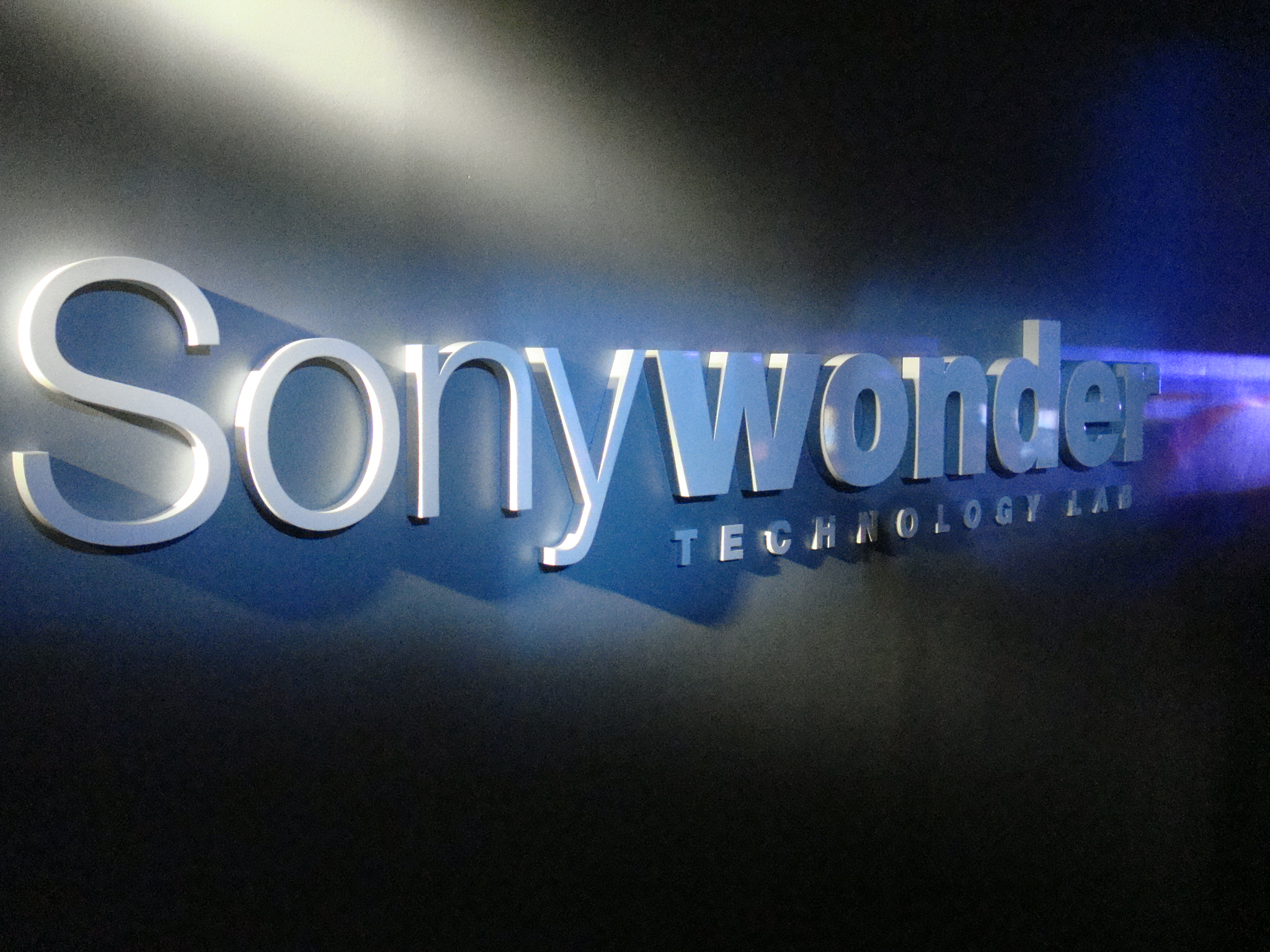 This year I  have visited 3 SonyStyle stores and wanted to share my experience here. The first store that I hit was the flagship SonyStyle store  located in the heart of New York city on Madison Ave. If you have ever visited that store you may notice that it is different from other SonyStyle stores you would usually run into in any bigger mall. The store has two wings that feature digital cameras and camcorders as well as VAIO computers. There is also a lower area if you go downstairs where you will hit the Home Theater area. That particular area was pretty reminiscent to me because I once visited it there when they opened their Qualia store – the cream of Sony ingenuity in design and quality (the area had a specific infused scent to it as well which I thought was kind of cool too). I remember looking at Qualia products and being taken by the Minidisc model crafted out of the brass and the SACD player that had an amazing sound. Never thought I would own one of their high end products at that point, but later on had a delivery of first Sony’s LED LCD TVs featuring the famous Triluminos technology – Qualia 005 model.

As you can imagine the store square footage is pretty big and it has a number of staff members on site to help you out. After meeting the store manager Stacie, I learned that each staff member was sort of assigned to an area in the store so that they were able to answer specific questions. I thought it was a good idea because as a customer, you would like to speak to someone who knows all the details and ins and outs of the product rather than to a non-specialist that only knows the specs. I was lucky to talk to the staff member on the VAIO side who has worked there for several years now and we discussed some models that were released in the past and left some legacy behind like VAIO X505, VAIO MXS20 desktop with a built-in MiniDisc slot and VAIO PenTablet – all of these I still happily own.

The NYC SonyStyle Store is definitely a heaven to tourists as I felt like I was in Disney hearing all kinds of languages around me and seeing enthusiastic French and Asian guys checking out VAIO X notebooks. As you may know the price difference between European Sony Centres (they don’t call their stores SonyStyle there) and stores in the States is quite obvious and many tourists flood the NYC store to get a better deal and bring it back home, luckily pretty much all Sony products support 120 to 240V.

It’s interesting to note that Sony US Headquarters offices are located in the same building just a few floors above and Sir Howard Stringer pays a visit to the store from time to time and one could tell if the boss is in the house if his car is parked at the building. Also adjacent to Sony Plaza there is a Sony Wonder Technology lab which I also paid a visit. This unique, hands-on interactive experience allows visitors of all ages to explore communication and information technologies.  Sony Wonder Technology Lab is a free public attraction merging creativity, technology and education. Sony Wonder Technology Lab is a tangible reflection of Sony’s commitment to put the marvels of science and technology into the hands of the public. It is definitely a fun place to visit and be able to interact with some interesting technologies, see a line of products that Sony has been releasing since early 50s. I saw a bunch of 70 inch XBR3 TVs hanging there and one of them was begging to come home with me.

My next two stores I visited earlier this year were in Las Vegas and in DC area, at Tyson’s Corner. I have been lucky to meet a Sony employee Ana Reyes who I simply call Sony Mom as she has pretty much adopted myself and Chris and has been more than supportive to us. Earlier this year she took me to pay a visit to a SonyStyle located at the Forum Shops at Caesars where we toured the store and demoed its latest 3D experience. The store has crazy hours and is open until 11pm on Sun-Thur and till midnight on Fridays and Saturdays. The atmosphere in the store is pretty warm and it is always busy there. We previewed a couple of 2010 Bravia TVs and of course the 3D LX series TV. 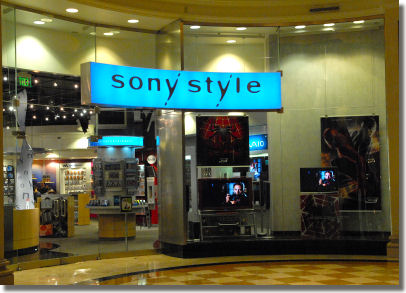 My Tyson’s Corner SonyStyle store visit was primarily to speak with a BackStage staff and learn about its services. I will be posting about BackStage soon, so stay tuned.