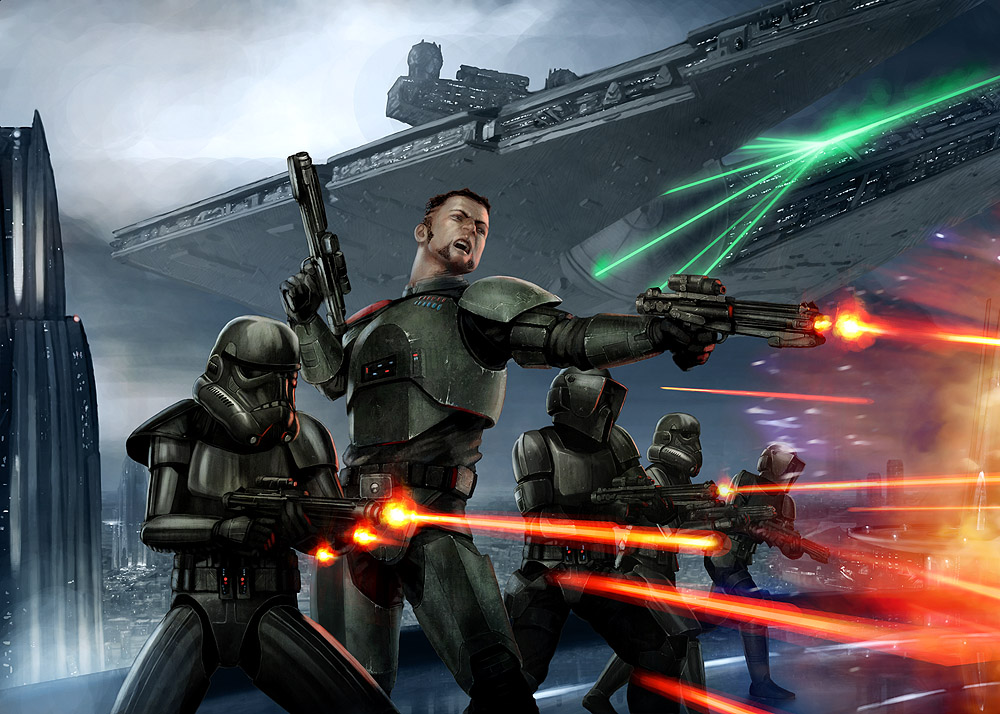 LucasArts and Sony Online Entertainment (SOE) announced today the release of Threat of the Conqueror, the latest expansion in the successful Star Wars Galaxies Trading Card Game. Players can aid the Alliance Renegade Squadron as they gather intelligence and locate the Empire’s modified Star Destroyer – dubbed the Conqueror – which holds within itself the ability to destroy entire planets, or they can take the side of the Empire’s elite storm commandos as they work to crush the Rebels and ensure the maiden voyage of the Empire’s newest deadly weapon. No matter what side they choose, ten new story scenarios will pull them into the fight in this pivotal battle between good and evil. This new set also brings the ability to boost gamers’ light or dark side deck with all-new special-forces themed cards, as well as all-new Bith and Duros avatar race cards.

The Threat of the Conqueror adds more than 200 new playable cards, including 30 new loot cards, to the Star Wars Galaxies Trading Card Game, bringing the total number of cards in the game to more than 1,800. The new playable cards will feature unique keyword abilities that:

• Grant “Intel” labeled units additional bonus powers when they come into play, allowing for more tactical options within a round
• Enable stacking “Reinforcement” bonuses which adds the ability to play additional reinforcement units as the length of gameplay increases

In addition, this expansion introduces new cards to the Star Wars Galaxies Trading Card Game, including:

• Player-Created Art Cards – The Star Wars Galaxies Galactic Civil War Photo Contest winners are unveiled. One Rebel-themed winner, one Imperial-themed winner and one neutral-themed winner have had their submitted screenshots turned into art cards in Threat of the Conqueror.
• New Loot Cards – More than 30 new special-forces themed loot cards will be available, including the AT-PT Walker Vehicle, the Vehicle Garage and the imposing Republic Gunship Vehicle Collectible Item.