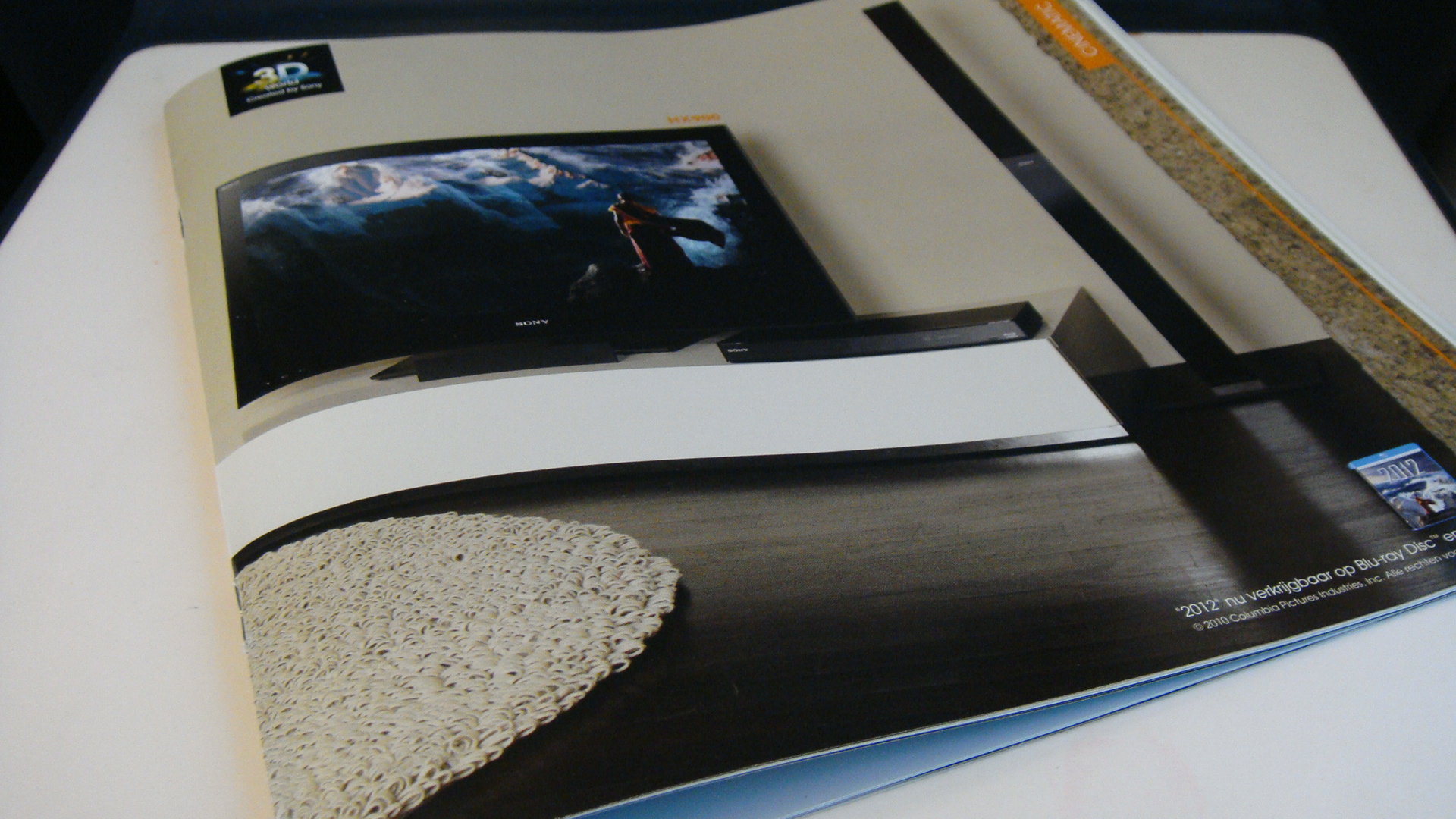 This evening I visited Sony Netherlands Headquarters for one of their 3D TV Demonstration events. I have been a Sony fan for as long as I can remember, but this was my first time ever at Sony’s Dutch HQ. While the building doesn’t look very special from the outside, they have do have the perfect space to organize these events.

After entering the building I was led to a large reception area. This area was set up beautifully with sleek furniture in black, white and grey, and a couple of modern white chandeliers. In the center there was a huge bar with a variety of drinks and at a separate bar finger food was served. There were a couple of flatscreens on which Sony content was shown, like movie trailers and concerts of Sony stars like P!nk and George Michael. A couple of Large Sony Make.Believe logos decorated the walls.

The event started in a cinema hall in the basement of the building. A short movie was shown in which Sony´s integrated 3D world was shown: 3D camera’s, 3D content, 3D players and 3D TV’s. After the short movie we went back to the ground floor, where there was a huge showroom. In this room all kinds of Sony tech was present: audio equipment, cameras, VAIOs, Walkmans, and of course a lot of Bravia TVs.

We were seated in front of a 3D TV (the KDL-46HX800) and received the 3D glasses which were much lighter and more comfortable than I expected them to be. A 3D movie of an aquarium was shown to us and I was really amazed by the sharpness of the 3D images and the 3D depth. After that we saw impressive game movies of 3D versions of LittleBigPlanet, WipeOut HD, MotorStorm and Super Stardust HD. To show that the TV can also upscale 2D to 3D images, some upscaled 2D soccer footage was demonstrated which showed quite some depth in it.

After that we watched another 200 Hz 3D TV, received the price list for 7 3D TV models and that concluded the demonstration. I had a look at some other Sony tech in the showroom and headed outside. Before leaving, I received a goody bag with some nice Sony stuff in it, including the Blu-ray of Michael Jackson’s “This is It.”

Due to this demonstration my interest in 3D TV certainly has grown a lot. Although I slightly fear that it will take some time before many interesting 3D TV emissions will be available, but I think especially 3D games could relatively quickly become a driving force for 3D TV.

Furthermore, I really appreciate it that Sony organizes these kinds of events because it allows you to experience new technology in a very relaxed setting. I hope Sony will decide to organize these kind of events much more often.