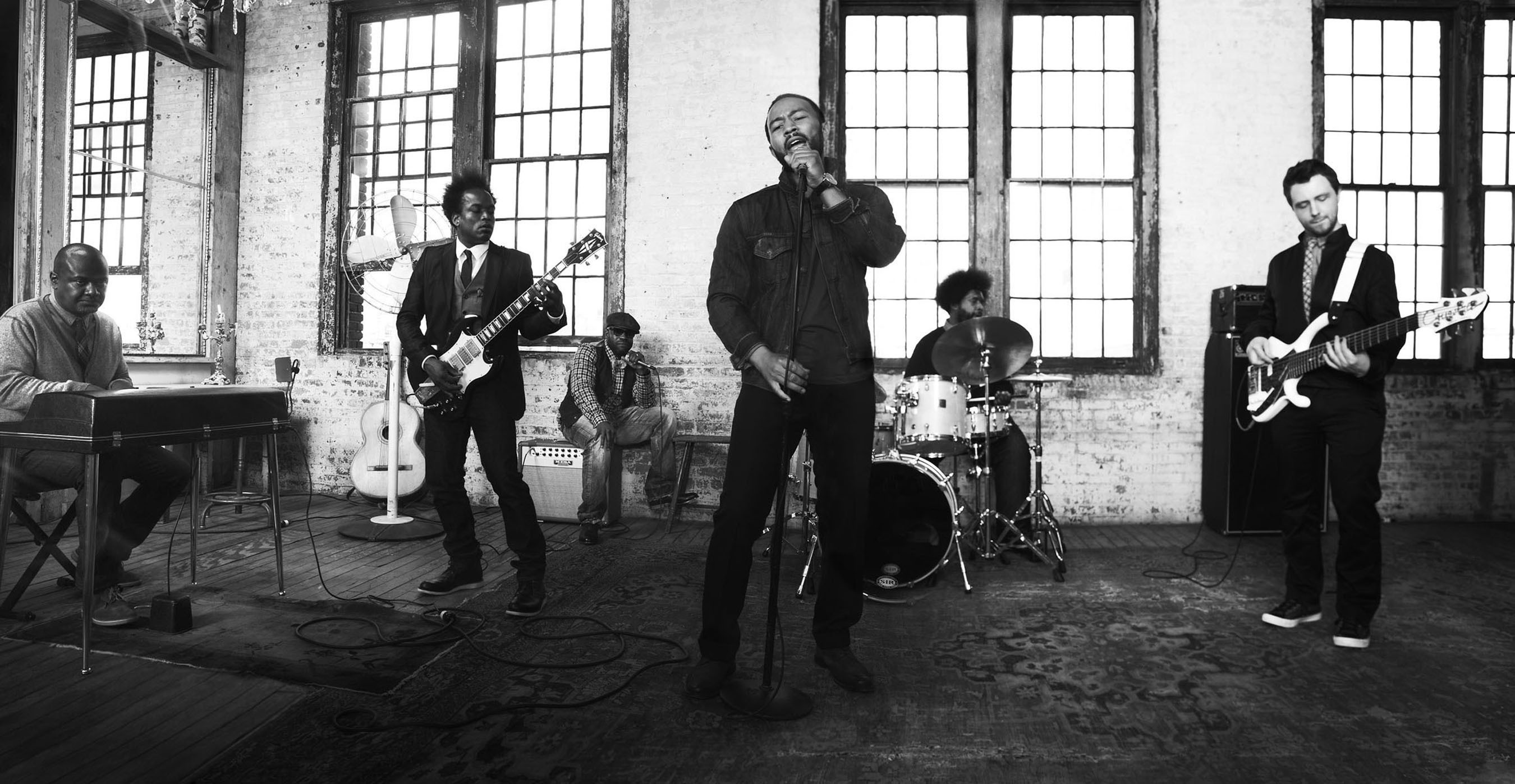 Musical powerhouses John Legend & The Roots are presenting fans with a fiery new offering, Wake Up! The upcoming CD, being released by Sony Music on September 21, 2010, will feature soulful music from the 60’s and 70’s all with an underlying theme of awareness, engagement and consciousness — effectively telling listeners to Wake Up!

After being inspired by the recent historical Presidential election campaign of 2008, the R&B singer Legend and hip-hop band The Roots felt a need to enter the action. What started as plans for a single quickly developed into a passionate album representing change, hope and activism — not only referencing one particular moment in time, but on a larger scale, holding true no matter what the political climate may be.

The resulting album features eleven profoundly evocative songs infused with sounds of gospel, rock and reggae inflections with hip-hop influences. The album is highlighted by familiar tracks like “Wholly Holy” by Marvin Gaye and “Little Ghetto Boy” by Donny Hathaway mixed with the more obscure selections of Baby Huey and the Babysitters’ “Hard Times,” and “Hang on in There” by Mike James Kirkland.

“These songs sound so relevant now,” Legend says. “On most of them, you wouldn’t change a lyric. ‘Wake Up Everybody’ (the album’s first single, featuring contributions from Melanie Fiona and Common) has four verses — the first one is a general statement, the second is about education, third is about health care, and the fourth is about making a better environment. No editing needed.”

“When these songs were written, people were more spiritually in tune,” says Roots drummer/musical director Ahmir “?uestlove” Thompson. “It was fresh from the civil rights era and there was a feeling of hope that maybe, yes, someday we will all be free. In 2010, not so much.”

The album features one original composition, Legend’s song “Shine,” which is featured in Academy Award-winning director Davis Guggenheim’s upcoming documentary film Waiting for Superman. The song, a “Stevie-Wonder-meets-gospel” stunner, clearly demonstrates the strengths of this specific group of musicians. Wake Up! blends Legend’s expressive, thoughtful vocal interpretations with an element of funk that only The Roots can provide.

Bringing John Legend & The Roots together is an inspired pairing, so logical that it’s a little surprising they haven’t teamed up in a proper collaboration before. John Legend is a six-time Grammy winner whose three albums have all hit Number One on the Billboard R&B charts, and who has collaborated with such artists as Kanye West, Jay-Z, Alicia Keys, and the Black Eyed Peas. The Roots — currently visible nightly as the stupendously versatile house band on Late Night with Jimmy Fallon — have released nine acclaimed studio albums (including the recent How I Got Over) and redefined the relationship between live instruments and hip-hop.