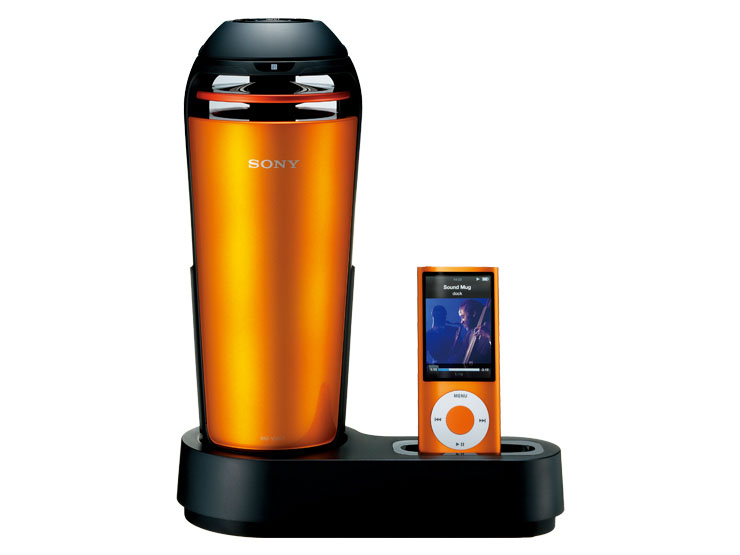 Sony Japan has revealed the SRS-V500IP portable audio speaker accessory for iPhone, iPad, and iPod Touch. It is probably the strangest Sony product I have seen in recent memory. The V500IP is identical to the previously released RDP-NWV500 (full specifications, pictures and video) – but the real question, what is it? It’s basically a portable tumbler-shaped audio speaker that has the 30-pin iPod cable compatibility, and plays powerful sound despite its small size. Apparently the device has a digital amplifier, heavy bass and a 360-degree speaker integrated at the top. They prescribe it for the car as it should fit perfectly in your drink holder, but could be good for outdoor situations like at the beach. Sony says that this is also a better alternative than FM transmitters which often are a nuisance more than anything.

Pink, orange, and black colors will be available and it comes with a dock to play audio at home, and also a power cord to operate the device with your 12V vehicle power source. Unfortunately, there is no battery slot in the V500IP.