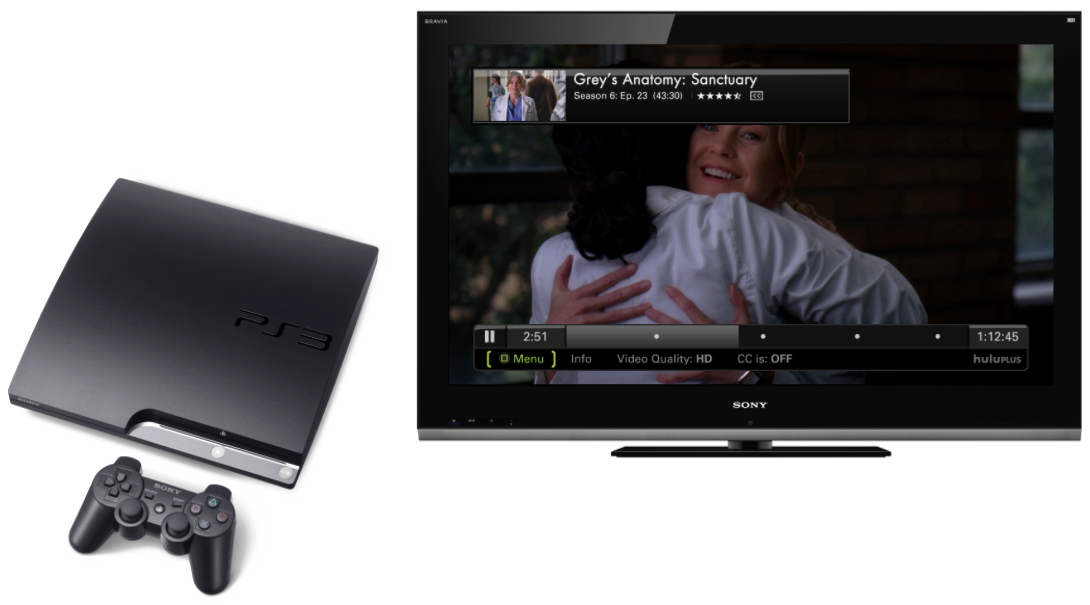 Hulu Plus (which just exited private beta and went public today) is progressively becoming available for many Sony devices that have the BRAVIA Internet Video platform. The popular video website is making a rapid expansion onto hardware to follow suit with Netflix, who has profited greatly from device integration. Sony is bringing the $9.99 a month streaming Hulu Plus TV subscription service to all of its 2010 networked Blu-ray Disc players, Blu-ray Home Theater Systems, SNP-N100 Network Media Player and the Dash.

Next week, Hulu Plus will also be available for all PlayStation 3’s, giving more than forty million gamers the opportunity to try out legalized streaming TV on their PS3. The combination of Netflix and Hulu Plus, at 9.99 each, could be the $20 bill that can could one day kill cable/satellite. Sony is also touting the fact that the PS3 will have Hulu Plus before the XBOX360, which is not slated to have the service until early next year.

Will Hulu Plus take off? It’s hard to tell – the content is great, relevant, and high quality, but even the paid $9.99 service still has advertisements.

Regardless, Sony is pulling out all the stops by piling on dozens of content providers into their machines. I feel that Sony has stepped up their game in the last year with IPTV, recognizing the value proposition, and taking a lead in some instances. It’s pretty amazing that Hulu Plus, Qriocity (Video/Music), and Bravia Internet Video are coming to PS3’s very soon, which gives the PS3 access to all of that great content, but also Netflix, the PlayStation Video store, etc.

We’ve pinged one of our contacts with specifics as to when and what Sony devices are getting Hulu Plus. Here’s what he said is compatible so far: