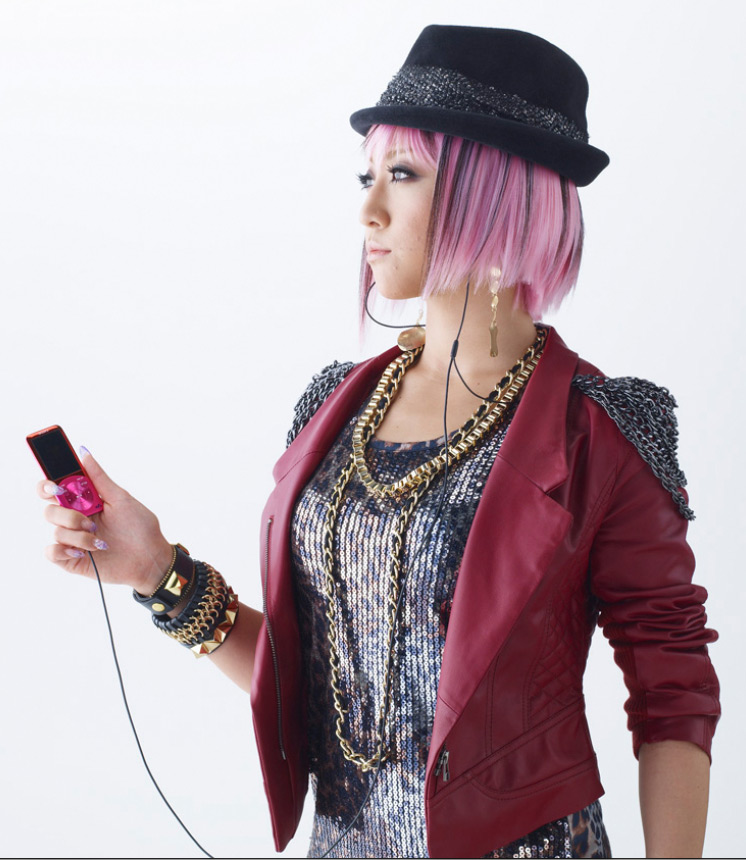 Several months ago Sony announced its yearly refresh for the Walkman S-Series (JP portal), and we wanted to take an in-depth look at the player and see what’s new in this generation (S750). First things first, there are several model used for this product, with Europe having the NWZ-S755 (16GB) and NWZ-S754 (8GB) options. Japan will actually have access to three models: NW-S756 (32GB), NW-S755 (16GB), NW-S754 (8GB) plus a variant series with matching color speaker.

Here is the full array of colors for the Japanese S750 series, in Blue, Green, light pink, White, Vivid Pink, Violet, Gold, Black. Europe will have access to five of those colors, including Black, White, Blue, Light Pink, and Gold. We assume that the USA will have something similar to Europe, perhaps with an exotic color or not. I’m not sure when Sony USA will start selling this model, but it shouldn’t be too much longer from now.

So what about the features? Let’s talk about them real quick and we’ll get back to the pictures. This is your advanced Walkman. Not flagship, but all the bells and whistles have really trickled down this generation.

The S750 Series Walkman has Digital Noise Cancelling (and an included 13.5mm driver EX series earphone), which is a truly phoenominal way to listen to music. Or completely shut out the world around you. I checked out this technology in a crowded Sony booth at CES and could barely hear anyone around me. It was jaw dropping. In this model you have three modes to choose from (Train/Bus, Aircraft, and Interior), a silent mode that simply blocks out ambient sound without music, and

The S Series has a 2 inch LCD screen and actually has TruBlack technology built-in, a feature popularized in their digital photo frames. Audio on the S750 series can be colored with the Clear Bass, Clear Stereo, DSEE, dynamic noramlizer, VPT (surround), and a 6-band Equalizer. Battery life, usually a strength of Sony, is robust at 50 hours music playback and 10 hours of video playback. Of course, that is built on the industry standard 128kbps mp3 audio test, which is a far cry from my usual 320kbps collection. Thankfully the S750 can achieve a 80% recharge in 1.5 hours and a full recharge in 3 hours.

It can play the usual fare of audio codecs, including MP3/WMA (include DRM)/AAC-LC/ Linear PCM/AAC, and AVC(H.264/AVC) Baseline Profile/MPEG-4/WMV (including DRM) video codec support. There’s also a FM radio, voice recorder and alarm/timer to keep it fresh. 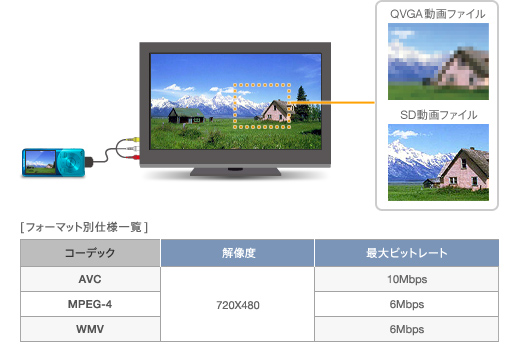 The S750 series can also connect to a TV and display video content on the big screen, all from the Walkman.

Sony Europe boasts the S750 series is also quite good at handling media and making it easy to transfer it to the Walkman, including AVCHD and Divx content.

Supplied Content Transfer software simplifies drag-and-drop transfers to WALKMAN® from Windows Explorer or your iTunes library (not including DRM files).

Windows 7 even takes care of converting DivX and AVCHD video files stored on your hard drive to playable format for viewing on WALKMAN.

Other features include exotic playback modes such as SensMe channel (creates custom playlists based on mood), Lyrics Sync, Karaoke Mode, and Language Learning Mode. The Karaoke mode is interesting, and is further described by Sony Europe:

Karaoke Mode reduces the original performer’s vocal level so your voice can be heard clearly over the backing track. If you’re struggling to hit those high or low notes, playback key can be adjusted up or down to match anyone’s vocal reach without changing playback speed. You can even connect WALKMAN to any TV with an optional A/V output cable and invite friends to your own karaoke party. Lyrics Sync displays lyrics of your favourite song on screen.

Previously I mentioned a version of this player that included a matching color speaker, and that’s called the S750K series. Two models are offered in this line (in Japan), the NW-S755K (16GB) and NW-S754K (8GB) and here is a gallery of each model:

Did I mention accessories? There are several. This is the CKS-NWS750 soft case, available in several colors.

Then there is the CWM-NWS750 silicone case, which is really sharp and also has several colors:

It doesn’t stop there, though, with the CKH-NWS750 clear plastic case, PRF-NWH20 glass protector, and the amusing PRF-NWP20 privacy filter.

Accessory availability will vary worldwide. Here are some other photos of the S-Series Walkman I found interesting, including the SonyStyle exclusive Lilac Princess model that has embedded rhinestones. Real life photos courtesy of AV Watch: