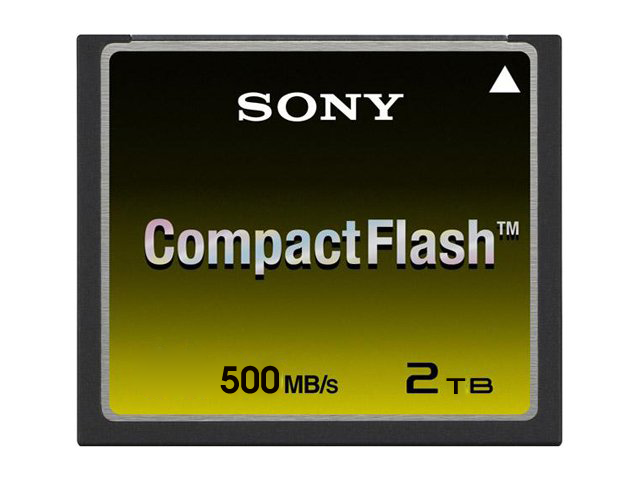 Sony, Sandisk and Nikon have proposed specifications for the next generation CompactFlash storage card.

The new specifications have the potential to extend theoretical maximum capacities beyond 2 terabytes (TB), yet remain similar in size to a regular CompactFlash card.

The proposed specifications achieve data transfer rates of up to 500 megabytes per second (MB/sec) using the highly versatile PCI Express interface. In comparison, CF6.0, released in November 2010, offers maximum performance of up to 167MB/sec. The increased speeds will enable imaging and video applications that are impossible using the current CompactFlash specification’s Parallel ATA (PATA)interface. This also means that your existing equipment will not be able to use this new format.

The faster speeds in the next generation CompactFlash will enable continuous burst shooting of massive RAW images. The enhanced performance also allows users to quickly transfer storage-intensive high-resolution photos and videos from the card to a computer. The specifications combine high-speed data transfer with low power consumption via a power scaling system to extend battery life.

The image above is a rendition and not an actual image of the final product. This story is an altered version of a Sony global press release.