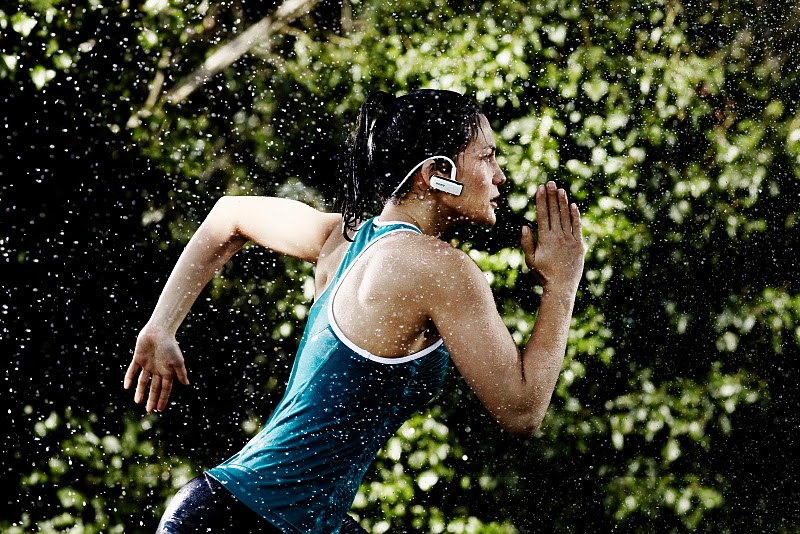 There are literally hundreds of gift recommendations I could give for Sony products, but instead I will simply choose a few that are guaranteed to impress and are below $300. There are many great ideas here for digital imaging, audio, and some tips for the PlayStation 3 as well.

In this article, we provide links to SonyStyle and have pricing listed merely as reference. If the prices listed here still seem high, we recommend checking out other e-tailers selling these products. A great way to compare prices is to always check Amazon, Google Product Search, or SlickDeals (just put the product name in the search field). Great savings can be found for many of the items listed here in those websites, but SonyStyle is still able to guarantee Christmas shipping if you order as soon as possible.

While Sony sells many point and shoot cameras I really have to put all of my energy towards the DSC-TX5 ($279). It is one of the greatest portable compact cameras Sony has ever made. The TX5 is waterproof (up to ten feet), dustproof, shockproof (can be dropped five feet), and freeze-proof. I bought one for my girlfriend and we had so much fun over the summer shooting pictures underwater at the pool, shooting HD video underwater while making funny faces, and more. She took the camera on a girls beach trip and the pictures she came back with were stunning.

For many people, these type of features are a dream come true. Imagine dropping your camera and not worrying about it breaking, or being able to jump in the water with it and take great shots. The TX5 also has a 3.0″ wide touch screen, 4x optical zoom, “Exmor R” sensor, iSweep Panorama Mode, and 10fps (pictures per second) at the camera’s full 10.2 megapixels. The TX5 is easy to use – almost anyone can use its easy to understand touchscreen interface. There’s also five great colors to choose from, including red, pink, silver, green and black.

If you have not tried a 2010 Sony point and shoot camera, the pictures are seem so much higher in quality thanks to the Exmor R sensor. Sony also has some dynamite looking camera cases that are worth looking into.

A cheaper digital imaging gift is the versatile Bloggie Touch, which is a stylish 12.8 megapixel camera and 1080P video recorder. The Touch comes in a 8GB ($179, 4 hour video) or 4GB ($159, 2 hour video) models, and both will be more than sufficient for the Facebook or YouTube enthusiast in your life. The videos are recorded in an easy to upload format that can be transferred easily with the built-in USB stick. Did we mention it also has Auto Macro (for easy, close up shots and videos) as well as 4x digital zoom? Not too shabby.

There are a couple simple gift recommendations I can give for Sony audio products.

The first that comes to mind is the W Series Walkman ($59), which is a wearable one-piece audio player. The W Series is water-resistant, quick-charging, and comfortably wraps around your head and fits in your ear. There is 2GB of storage built-in to the device and is perfect for someone who runs or does other activities. We did a hands-on with this music player and it withstood some really tough workouts. It’s far superior than using your iPhone or iPod because it eliminates pesky headphone wires and is more durable.

If that didn’t really win you over, then at least give the gift of better sound. I cannot stand seeing people wear those tacky white iPhone/iPod earbuds knowing they are experiencing inferior audio quality. You wouldn’t believe the difference when you put on a nice quality pair of Sony earphones. Plus they just look amazing. Scout around in the SonyStyle earbuds section, or look further at Sony’s unique PIIQ line of headphones and earbuds, which has some really funky designs and poppy colors. You really can’t go wrong with this option and it’s a gift that will definitely be used over and over.

The Sony Dash Personal Internet Viewer ($149) is a cool gift for the geek that has everything, or someone who could use a little spice of tech in their life. The Dash has a 7″ screen that shows off everything from weather, e-mail, traffic, sports, social networking, movies, music, games and more. There are more than a thousand apps for it, including Netflix watch instantly and Hulu Plus. Can your alarm clock do that? The only downside is that it doesn’t have a dock for the iPhone/iPod.

If you’re looking for a great iPhone/iPod dock, Sony has several options. Some have a clock radio, and others are merely speaker systems. The ICF-CS10iP is a perfect example of having a speaker dock and clock radio combined. The audio quality of some Sony docks is actually surprising, and some can also get very loud. While we’re in our room, my girlfriend and I often listen to Jazz internet streams or other audio from my iPhone on the ICF-CS10iP and it sounds great. There is pretty much something for everyone in numerous price ranges all the way up to $250.

There are more gift options for the PlayStation 3 than ever before. If you know someone who has the console and are thinking of giving them a gift, this really may be your best bet.

If he or she doesn’t have a PS3, this is definitely the right time. It really is one of the greatest gaming systems ever released. And I’m not just saying that because I run Sony Insider. Most people who have really given the console some time would agree. Even though I play FPS games on the PC, there are several titles I have put many hours into on the PS3. The crazy thing is that the hits just keep coming for the console. Gran Turismo 5 is a perfect example of the true power of the PS3 with its access to over 1,000 vehicles and dozens of racetracks.

There are three official PS3 options, including the PS3/PlayStation Move bundle (320GB/$299), and regular PS3 (320GB/$349), and PS3 (160GB/$299) systems. You can find the 160GB model for less than $299 with some easy sleuthing. All the versions of the console come with huge hard drives, the incredible quality of movies and music on Blu-ray, 3D movie and gaming compatibility, free PlayStation network access, built-in Wi-Fi and so much more. It can be used as a device that can stream or playback numerous types of audio and has a lot of use as a networked device. The PS3 has access to a wealth of games, and also some really interesting content on the PlayStation store. They sell a variety of videos at the Store as well and it also has access to Hulu, Netflix, etc. Some people overlook the fact the PS3 also has a fully functional web browser with flash.

In a nutshell, the PS3 is a really great start towards building a media center for that LCD in the living room. It doesn’t necessarily trump the XBOX360 in every regard, but it still has several untouchable advantages.

Game gift recommendations are really easy – the biggest titles I can easily think of include Call of Duty: Black Ops, Gran Turismo 5, Assassin’s Creed: Brotherhood, Red Dead Redemption, NBA JAM, Uncharted 2, Super Street Fighter IV, LittleBigPlanet, and essentially anything else in this list. Any of those aforementioned games will provide dozens, if not hundreds of hours of enjoyable gameplay and have incredible replay value. Also, if they already have Gran Turismo 5, then just get them this PS3-compatible Logitech Driving Force GT Racing Wheel, which will seriously accelerate their experience from zero to awesome.

I fully expect second generation Move titles to be even more amazing than the first. Sorcery, one of many Move-compatible titles coming in 2011, is a great example of what I’m talking about here.

The Move has many accessories that goes with it, which is also a nice thing for someone giving a gift to a person that has it already. The official list of PlayStation Move add-ons includes several options. A second Motion Controller is an easy buy, and is useful in singleplayer and encourages more local mutliplayer action – reasonable at $49. The Navigation Controller ($29) is a smart purchase for someone who has games that require precise movement and will be essential for Move-based FPS games (like MAG, Killzone 3, etc). 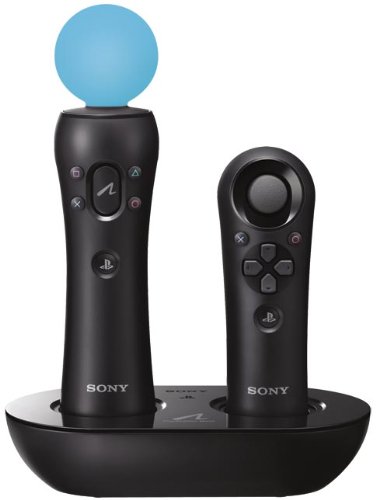 A heavily recommended purchase is the PlayStation Move charging station ($29), which keeps the controllers fully charged and upright in a nice looking base. I bought this immediately when I got the Move because of the convenience. It’s much better than just leaving the wands laying around. If placed appropriately, they are always a conversation piece as well, which will lead to playing.

There’s also the PlayStation Move shooting attachment ($19), which seems a little childish looking in comparison to the third party options out there. If your getting them a FPS game for the PS3 that has Move compatibility, then the gun is the way to go.

I hope some of these recommendations help you on your way to giving the perfect Sony gift these holidays.