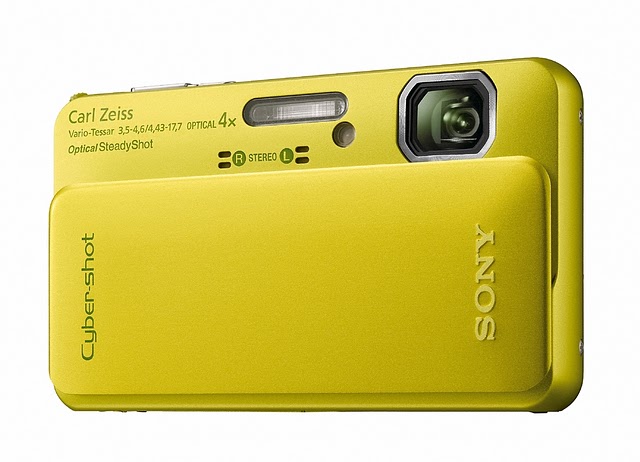 My favorite Sony point and shoot camera of 2010 had to be the DSC-TX5, which was a waterproof, freeze-proof, shockproof and dust-proof camera. Sony is refreshing this series at CES 2011 with the introduction of the DSC-TX10. The newest version has several advantages over last year’s model and seems once again like the perfect point and shoot.

Once again the camera retains all of the features that make it indestructible, but can now go to a depth of 16 feet underwater (for up to a hour) instead of the 10 on the TX5. There are also some imaging improvements, as the TX10 has a 16.2 megapixel Exmor R sensor, which is a big upgrade from the 10 megapixel sensor in the TX5.

Colors include silver, black, green, blue and pink, all of which will be available this March. Price is about in line with what we expect at $330, which means it will have a more conservative price by the holidays.

There’s also the addition of 1080i HD movie mode, which is yet another upgrade from the 720p resolution video capability the TX5 had last year. A nice wide 3 inch LCD is on the back of the camera, and we hope the screen’s responsiveness has been improved. It was slightly irritating on the TX5, with the included stylus/fingernail only providing the best results.