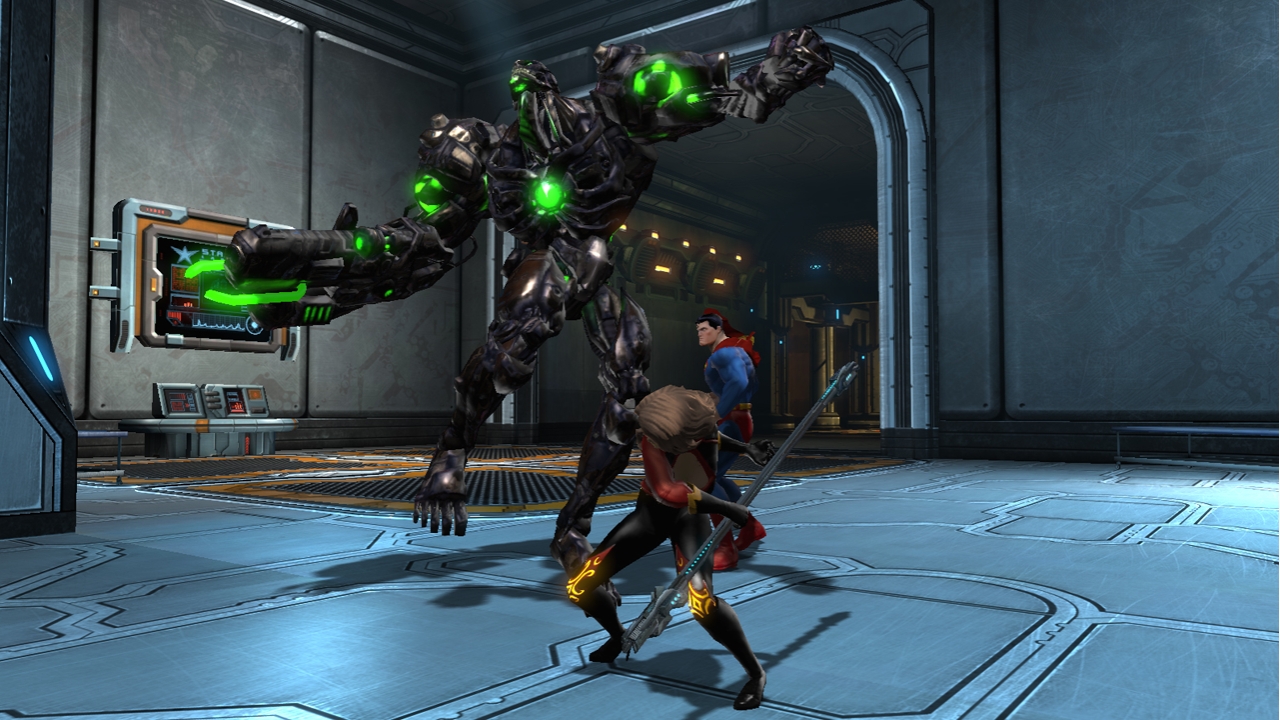 Sony Online Entertainment announced the availability of its eagerly awaited online action game DC Universe Online (DCUO) at retailers worldwide for both the PC and the PS3. DC Universe Online is the first massively multiplayer online (MMO) game on PlayStation 3 for North America and the first MMO game based in the DC Universe, allowing fans to create their own superhero or villain while joining forces with their favorite DC Comics characters such as Superman, Batman and The Joker to aid in saving – or destroying – the planet.

To capture the true essence of the DC Universe and its iconic characters, Sony Online Entertainment tapped the top talent at DC Comics, including legendary artist and co-publisher of DC Comics, Jim Lee, who served as executive creative director for DC Universe Online and provided the art style for the game Famed DC comic book writers Geoff Johns and Marv Wolfman were tasked with establishing the back-story of the Universe and creating thousands of compelling story arcs, epic quests and action-packed in-game events. For example, players might be tasked with rescuing Batwoman from the fear gas that Scarecrow has unleashed in Gotham City’s sewers, or battle Power Girl as they work with Lex Luthor to create an army of mutants out of Metropolis citizens.

DCUO combines the immersive environments and fascinating story arcs of MMOs with fast-paced, physics-based combat to deliver more super-powered action than ever before. In the game, players can pick up buses, fly into the air and throw them at enemies, run up the sides of buildings to engage in melee brawls while shooting flames of fire from their hands, or cling to the side of buildings while using a grappling hook to pull flying opponents out of the sky – all while interacting with the iconic characters of DC Comics.

“DC Universe Online transforms more than 75 years of action and adventure into a fully realized immersive experience that brings players into the world of DC like never before,” said Jim Lee, executive creative director for DC Universe Online. “It has been a fascinating experience for me and the team to come up with entertaining and engaging ways to blend the MMO and comic book worlds.”

Rated T for Teen by the ESRB with the content descriptors Mild Blood, Mild Language, Mild Suggestive Themes and Violence, DC Universe Online is available for PC and PlayStation 3 for the suggested retail prices of $49.99 and $59.99, respectively.

One 30-day game subscription is included with purchase of the game for new subscribers, with monthly subscriptions available thereafter starting at $14.99, with discounts for longer durations. For players of the PC version of the game, DCUO will be included in SOE’s all-in-one Station Access subscription (game software is sold separately).

DCUO will be available in North America on January 11, 2011 at Best Buy, Gamestop, Amazon.com, Wal-Mart, Target, Toys R Us and at other participating video game retailers. SOE put up some informative DC Universe game guides on their official website.