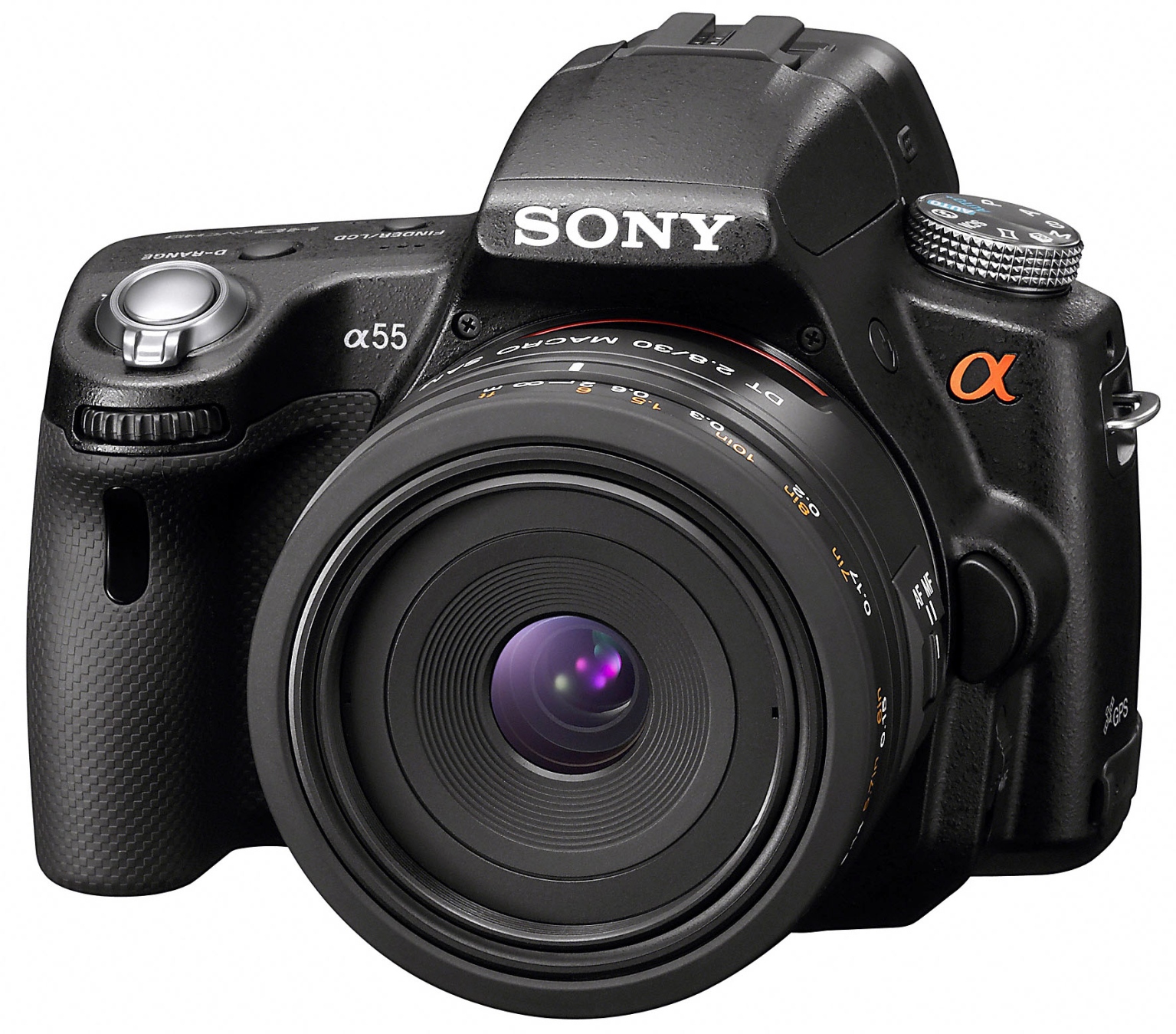 The Sony α55 is a midrange-level camera, released in August 2010. It is a breakthrough in camera design due to its being the first digital single-lens translucent camera, (along with the Sony α33). As an SLT, it features phase detection auto focus in live view along with an electronic viewfinder, due to usage of a half-mirror instead of a standard, solid mirror. Because its translucent mirror does not have to flip up to take a shot, the camera is able to take up to 10 frames per second while continuously focusing – a feat that is a first in its class. It’s also one of the first four Sony Alpha reflex cameras with video mode included, capable of 1080i. It is also the first DSLR camera capable of using phase-detection autofocus during video recording. The A55 has body-integrated image stabilization, and a 16.2 MPx APS-C CMOS sensor.

Did you know that the Sony Alpha A55 is one of the company’s greenest products yet? During CES 2011, Sony revealed waste plastic from optical disc manufacturing are converted into recycled plastic for use in Alpha cameras. A total of 21 different exterior parts of the Sony A55 series uses recycled plastics.

Sony uses over 15,000 tons of this material annually in various products, including TVs, PCs and cameras.