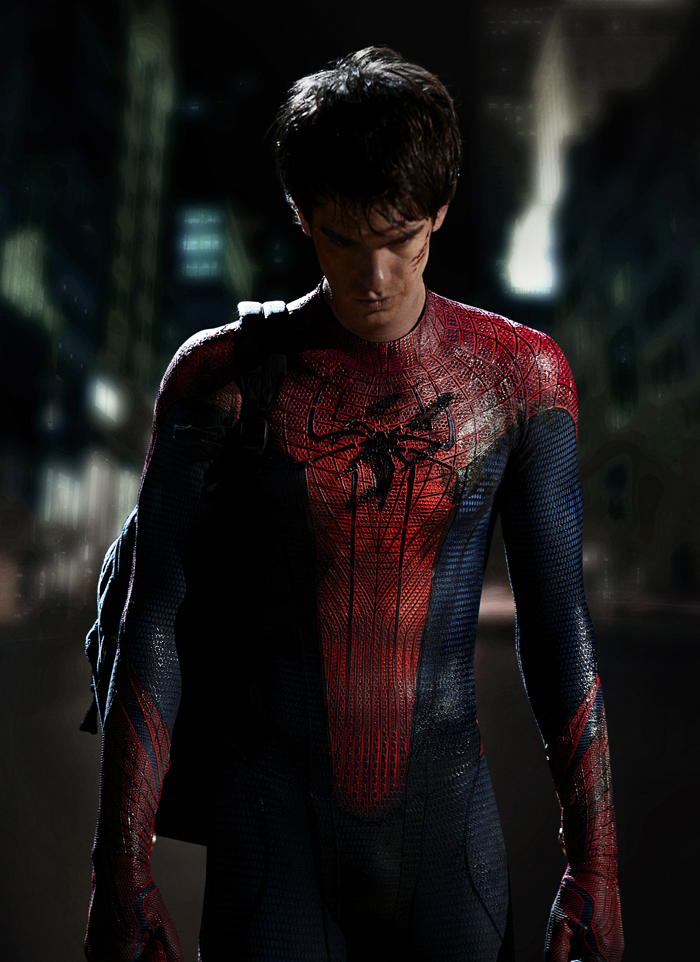 Spider-Man is an upcoming superhero film currently in production. A fourth entry in the Spider-Man film franchise was planned for release in 2011; however, in 2010 the film was cancelled due to Sam Raimi’s withdrawal from the project. Sony announced that the franchise will in turn be rebooted with new director Marc Webb and a new cast which includes Andrew Garfield as Peter Parker, Emma Stone as Gwen Stacy, and Rhys Ifans as the Lizard. The reboot’s intention is to have Peter Parker back to developing his abilities in high school. It is scheduled to be released in 3-D on July 3, 2012.

Sony Pictures sent out an e-mail last week to the press with the first exclusive photo of Andrew Garfield in the Spider-Man costume, as seen above.

The film began shooting on December 6, 2010 in Los Angeles. The film is the first Hollywood production to be filmed with the RED Epic camera, and is being shot in 3D at 5K resolution. The 90-day film shoot will include two weeks in New York City, while the bulk of filming will occur in and around Los Angeles, including such locations as the Henry Fonda Theater in Hollywood, Immanuel Presbyterian Church in Mid-Wilshire, and various locations around South Pasadena, San Pedro, and Woodland Hills.