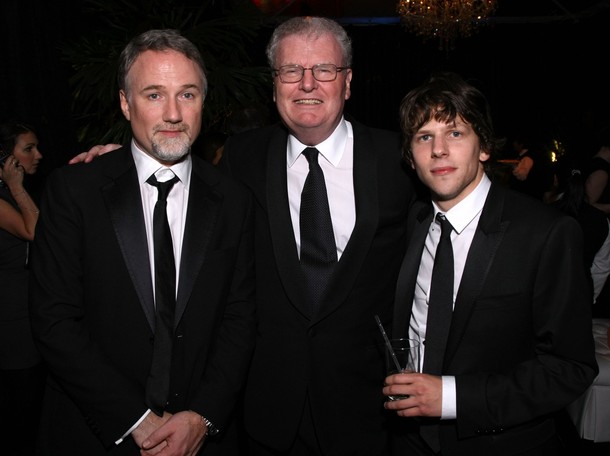 The Social Network is a 2010 drama film about the founding of the social networking website Facebook and the resulting lawsuits. The film was directed by David Fincher and features an ensemble cast including Jesse Eisenberg, Andrew Garfield, Justin Timberlake, Brenda Song, Armie Hammer, Max Minghella, Rashida Jones, Joseph Mazzello, and Rooney Mara.

Aaron Sorkin adapted his screenplay from Ben Mezrich’s 2009 nonfiction book The Accidental Billionaires. Sorkin also makes a cameo appearance as a would-be investor. No Facebook personnel, including founder Mark Zuckerberg, were involved with the project, although Eduardo Saverin was a consultant for Mezrich’s story. The film was released in the United States by Columbia Pictures (Sony) on October 1, 2010 to critical acclaim.

Review aggregate Rotten Tomatoes reports that 97% of critics have given the film a positive review based on 261 reviews, with an average score of 9/10 and a critical consensus of: “Impeccably scripted, beautifully directed, and filled with fine performances, The Social Network is a riveting, ambitious example of modern filmmaking at its finest.” It has a 100% among “Top Critics”.

The film also holds a score of 95 based on 42 reviews on Metacritic, indicating “universal acclaim” and making it one of the site’s highest rated movies of all time.

Film critic Roger Ebert of the Chicago Sun-Times, giving it four stars wrote: “David Fincher’s film has the rare quality of being not only as smart as its brilliant hero, but in the same way. It is cocksure, impatient, cold, exciting and instinctively perceptive.” Peter Travers of Rolling Stone, gave the film his first full four star rating of the year and said: “The Social Network is the movie of the year. But Fincher and Sorkin triumph by taking it further. Lacing their scathing with an aching sadness, they define the dark irony of the past decade.”

The Social Network has been nominated for over 180 awards, winning 104, and has several nominations still pending.

Here is a Q&A with some of the major players of The Social Network after the Golden Globes: