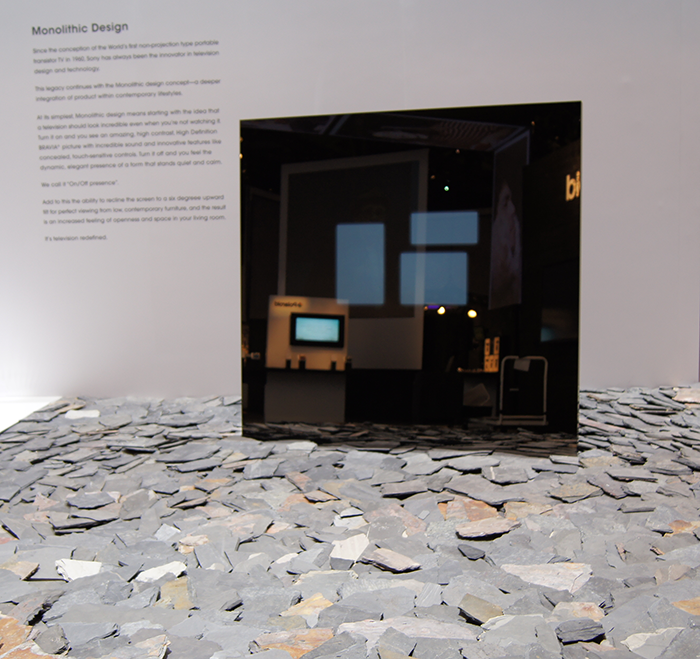 Sony often has interesting exhibits and displays during large trade shows, and during CES 2011 the real gem was a stunning Monolithic Design exhibit. From the primary booth entrance, a row of droolworthy 55″ HX929 series BRAVIA TVs led to the origin of Sony’s TV design inspiration. Amusingly, the sheer size and open layout of Sony’s booth may have left this artistic vision overlooked by many attendees. The large, monolithic black screen was surrounded by thin slate and was something truly reminiscent of 2001: A Space Odyssey.

I hate to wax poetic here, but there was just something so surreal whenever you were near the setup; it just stopped you in your tracks. The pure reflectivity of the black screen was nearly mirror like and breathtaking. The screen would light up at times, and show off two white blocks colliding into each other before going dim. Rather esoteric. Even as I took pictures people who walked by could not help but stop to stare and gaze at the monolith. It was almost like a calming scene amidst the chaos of CES.

Stan M shot a great video of the monolithic screen and also a 55″ HX929 3D/HD LED LCD TV nearby, as you can see in the video (we juiced it up with Bond music as usual).