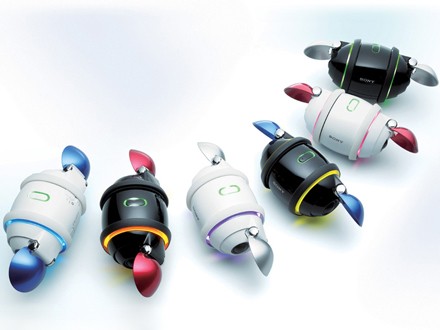 It looks like the life cycle or the shelf life of Sony Rolly has come to its end, at least here in the US. SonyStyle has the white Rolly out of stock and the black one back ordered. The good news is if you are located near a SonyStyle store, go check it out to see if they have them in stock and if they do, you will be pleasantly surprised with the sale price – $99!!! Yes, that is $300 off the original price. What’s the deal Sony??? If Sony offered that amazing dancing player for that price ($99) when they first introduced it – they’d be having hard time keeping them on the shelves … but it looks like Sony’s thinking is often determined by some extra terrestrial beings as the prices at times are pretty much out of this world.

Will we see another interesting idea of entertainment that pretty much kept us on the edge when Sony Rolly teased us before it was released? Time will show….let’s just hope that Sony’s decision to price it right will be in our favor.