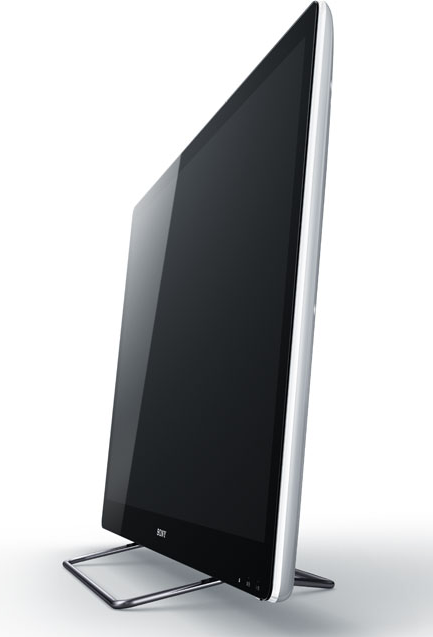 Note from Editor: Our pricing information was wrong. We explain it further here.

Many of our readers out there are pretty excited about the Sony Google TV. We’ve written about it nearly a dozen times and it’s basically a television with an Intel processor and the ability to fully surf the web (including flash sites). There is other compelling features in the service, including access and search video services and direct integration with select service providers. Some of you may secretly cross off days on the calendar till its debut on October 12th. However, your bank account also wonders what the hit will be when you fold on the impulsive desire to get that Internet TV in your bedroom or your den.

Did you notice our title said Sony Google TV family? Yes, that’s because there will be a few models initally available to choose from. It looks like Sony will be offering 4 different Internet TV’s – 24′, 32′, 40′, and 46′ models:

In related news, the widely discussed Sony Internet TV Box, NSZ-GT1, was listed on an internal website and mentions an eject button, WLAN module, and an included HDMI cable. Considering this information, its logical to assume that the eject button is an appropriate mechanism for what we believe is an included Blu-ray player in the device.