SCEJ has revealed a new Gran Turismo 5 (Racing Pack) themed PS3 bundle which will be available at retail on the Japanese/European release day of November 3rd for the highly anticipated racing game. We believe this is a Japanese only launch at this point. The PS3 Slim included in the Racing Pack bundle has a brilliant Titanium Blue color, which almost reminds of the shade Sony used with the VAIO TT from several years ago. The PS3 looks quite dapper in blue, don’t you say? We feel the PS3 looks very special with this exclusive color, however, we wish that some sort of logo for GT5 or a car was painted perhaps in white on the top of the console.

The Racing Pack bundle features the full version of GT5, and also comes a special 200 page Apex drivers magazine with hints on driving technique, car tuning, future technologies and much more. This guide will probably come in handy considering there are around 1,000 different cars (800 standard, 200 premium) that are playable within this game. To make this package even sweeter, you also get a Titanium Blue DUALSHOCK 3 controller. 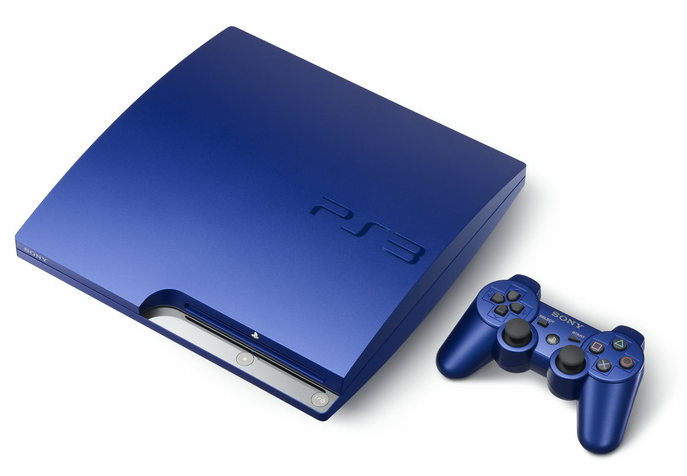 Here is a trailer for Gran Turismo 5 that I found which seems to have emerged from gamescom 2010: