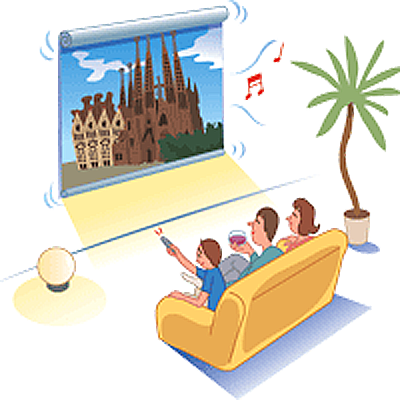 One of the most tantalizing technologies Sony has experimented with is OLED. Sony has teased the world many times with OLED concept products, including the flexible Walkman, Reader, and VAIO OLED shown at CES 2009. They also showed off a nifty little bendable OLED display at the show. Last May, Sony showed their latest R&D stunner with an incredible rollable OLED display that could roll up around the circumference of a pen.

The reason I remind you of all this is really for something that isn’t discussed too often, but is an eventual reality: The Sony rollable large-screen TV.

In an interview found on Sony Semiconductor & LCD news, there is some interesting revelations about Sony’s “end target” for OLED. Kazumasa Nomoto, Ph.D, a Chief Distinguished Researcher/Genaral Manager at Sony Corporation actually is really clear about what the company is working towards:

Our end target is a rollable large-screen TV. The time will come when the very idea that an enormous black box (TV) was ever placed in rooms will seem strange.

Unfortunately, they don’t give a time table as to when we can expect these rollable OLED displays. How crazy would it be able to bring the big screen with you where ever you want? What’s interesting is in that picture from Sony’s site (above) it also has noise icons near the rollable TV indicating audio output. So I wouldn’t even need a speaker system? I wonder how good that would be. I guess it would just have 5GHz (or higher) Wi-Fi for everything else, including video, just like some current and past models have now.

The interview is full of gems that give you a behind the scenes feel.

There is some chatter about how the PSP was an inspiration for display size and specifications in those various prototypes. And sometimes, the interactions during development got heated. It’s humorous to imagine a heated situation in the place they create this technology, but it does happen.

Nomoto: We also had the PSP size as our target. And the display we developed has specifications that are very close to PSP. To have an even greater impact, we aimed at a level that would succeed as an actual product. At that time, however, a resolution of 121 ppi in an OTFT-OLED display was a specification that was impossible for everyone working in this area worldwide.

Iwao Yagi, Ph.D (FD Section 2/Sony Corporation): One problem was that when multiple layers were stacked on a flexible substrate, since stretching and shrinking could occur, if the pattern was too fine it would become impossible to align the features in different layers. Our arguments as to whether or not this would be possible almost turned into fights. 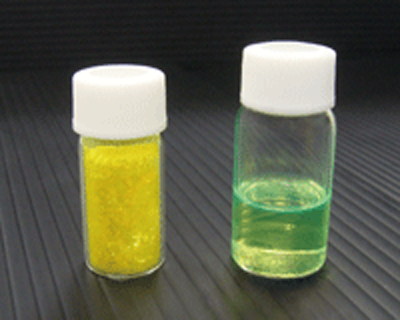 The PXX derivative took time to create, though, and in the interview Kobayashi (Ph.D/Organic Electronics Research Group Sony Corporation) gives you an idea why it took five years.

How much time did you spend developing the new material, the “PXX derivative”?

Kobayashi: Getting it to the point that everyone could use it took 5 years. The most important aspect was stability. In the basic research phase, if you make 100 devices and one produces good data, you have succeeded. But if you try to make actually transistors with that material, when you make 100 devices, all 100 must have the same characteristics.

Nomoto: Not only that, but just because you can make transistors doesn’t mean you can rest on your laurels. You have to form a protective layer, the pixel electrodes, and the emission layer on top of the transistor. They will be subject to heat and various solvents.

Kobayashi: The greatest feature of this new material is, perhaps, that it can survive these stresses and after making it through, continue to exhibit its abilities. If you look at the molecular structure, it is just a sequence of hexagonal benzene rings, but properties are radically different from those of previous organic semiconductor materials.

The interview goes on about the PXX derivative, and then discusses the unique challenges of co-operating between the device and material groups. Nomoto seems optimistic.

Nomoto: These two technologies, materials and devices, are two equal pillars that support this project. While it appears that there are still people who doubt that organic materials can be used in these sorts of devices, we have the strong impression that they definitely can, both in the devices themselves and in a printing process. We will be doing our best to create products that give Sony an overwhelming lead in this area; you can count on it.