I can’t believe it is 2010 – things have certainly changed so much in the last year and 2010 seems to be the dawn of a new era in technology. Thank you to all of our readers, even those of you who are new and those of you who have been with us for a while – you make this website worth doing. The level of support we receive from our community and Sony is outstanding. I’m so excited for the stories that this new year will bring, but it is also important to reflect back on what made news in 2009. According to Google Analytics, here are some of the biggest stories to hit Sony Insider in the last year –

The free Media Go software, announced at E3 2009, made it easier than ever to take your media with you wherever you go. Transfer music, photos, and videos from your PC to your Sony (PSP) or Sony Ericsson portable device, or import from your device to your PC. File conversion is hassle-free: Media Go automatically converts your media to the appropriate format for your device while maintaining the best possible quality. The latest version of the software is 1.3.

#9 – Sony’s Upcoming ICF-CL75iP Is An Alarm Clock, Digital Frame, And Dock For Your iPod/iPhone

Alarm clocks, digital photo frames, and iPod/iPhone docks are usually bland and simple. Only very recently have we seen style truly grace these products. However, when one of my contacts forwarded me information about the upcoming ICF-CL75iP, I couldn’t believe what I was looking at. This is probably the greatest looking fusion of all of the aforementioned devices that I’ve ever seen. This is the most advanced Dream Machine ever produced by Sony to date – it has a crisp 7 inch color WVGA (800 x 480) LCD, 1GB of built-in storage, SD/MS card slots, USB, and a retractable iPod/iPhone dock. It’s so keen I even got one for my Mother for Christmas.

#8 – Contrast – The Flex OLED VAIO Laptop Of Our Dreams?

Sony’s Contrast Flex OLED VAIO laptop is a super-thin laptop product concept. We were able to catch footage of its introduction video at Sony’s exhibit during CES 2009. We believe that Sony is assuming OLED will be the preferable choice of display for future laptop devices instead of what we currently use today. The Contrast Vaio laptop uses a foldable seamless OLED for the display and the keyboard, but as the videos show the keyboard can fade away and the whole thing can display something else. This concept has no restrictions on layout and size, and is extremely durable and shock resistant. Like the other Contrast product concepts, it is made of high performance flexible bioplastic. They also showed off flexible OLED Walkman and Reader concepts. 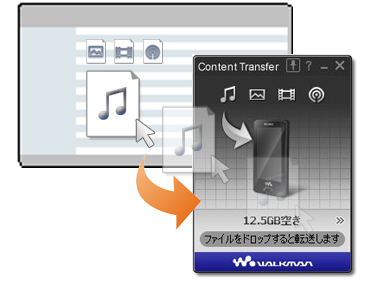 Select Sony VAIO computer models that ship with Windows Vista Home Edition, Windows Vista Business or Windows Vista Ultimate, purchased on or after June 26th 2009, and until January 31st 2010, qualify for a free upgrade to Windows 7. Certain models that ship with Windows XP Professional and include a Windows Vista Business Certificate of Authenticity (“COA”) also qualify for a free upgrade. The upgrade order will ship after October 22, 2009 and may take 7-10 business days for delivery. Orders will be processed in the order received and the End User will be notified of their order’s status after this date.

Out of nowhere, aafuss on our forums pointed out service manuals for the PRS-300 and PRS-600 Sony Reader devices before they were revealed. What was interesting at the time is the PRS-700 was no longer on sale at SonyStyle, signaling these devices were coming very soon. The manuals are fresh from the oven, as the creation date was July 2009 – the same month as our post. The storyline was rather big for Sony Insider, and forced Sony to announce the Readers ahead of schedule.

Sony unveiled the latest update to the A-Series Walkman line with some serious features. The new NW-A840 series, available in black and brown, simply is the most brilliant Walkman offering from Sony to date – it has all of the features people have been asking for in previous Walkmans while shedding what it needed to. In my opinion, this is the most stylish appearance I’ve seen in a personal media player – and it has a jaw-dropping 2.8 inch WQVGA OLED screen. This is also the thinnest Walkman ever created at only 7.2mm. However, it has only been available for sale in Japan, and worldwide release seems hazy at best. We’re not even sure its coming to CES anymore.

Internet retailer J&R leaked the full specifications and pricing of the Sony Reader PRS-300 and PRS-600. J&R accidentally put up the product pages earlier today, but deleted them soon thereafter hoping no one would catch it. Well, folks over at hi-pda managed to grab the text and we cleaned it up and the rest is history.

Sony Ericsson’s phone announcements in 2009 were the strongest they have had in recent memory. The Satio at one point was their most powerful phone ever, and we put it head to head with the iPhone 3G S in a detailed specs comparison. The North American market has been dominated by the iPhone 3G, and it is now even more powerful than before with the updated S version. Both phones have rich application environments – the iPhone with App Store, and the Satio with presumeably PlayNow, as well as millions of Symbian apps. 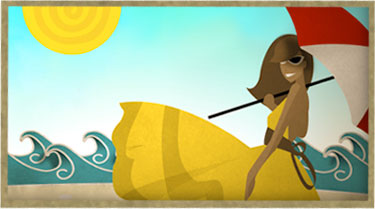 Believe it or not, a post about Oprah’s Word a Day summer sweepstakes was the top Sony Insider story of 2009 – it gave us the most traffic this year by a signifigant margin. The post was so attractive because we updated it daily with the word of the day, usually before it would air on television. One of the primary reasons we posted about it was the great number of Sony products included in the contest.