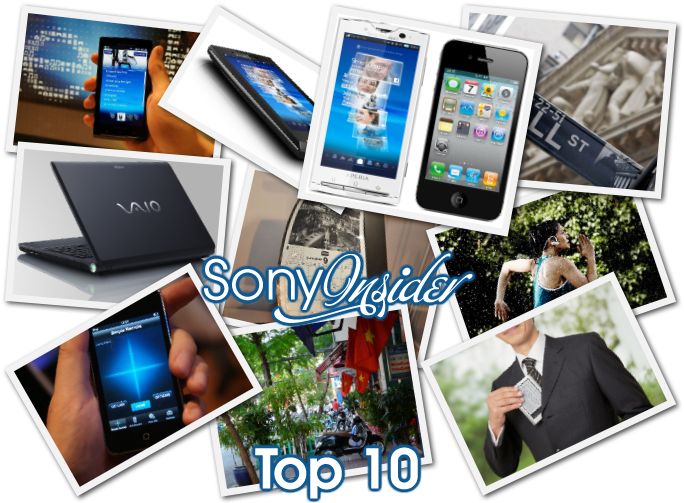 2010 was an incredible year in many ways for Sony as a brand, its social media team and Sony Insider’s role in that circle.

Every year we like to share the top ten stories that received the most hits on the site. This year’s list is rather interesting because it signals to me Sony Insider, while it has great coverage of news, has also become an informative tool for consumers when they want to learn more (and purchase) Sony products. We also noticed that many stories from 2009 are still receiving healthy traffic.

I hope we can do an even better job of being a source of news, reviews and everything else Sony in 2011. We will be following up this post with another list of our favorite memories of 2010, and our thoughts on what Sony needs to do in 2011. Happy New Year!

September 14th – Every year in Japan, Sony holds a special Dealer Convention that shows off the latest products and a glimpse of what is coming. The event, held this year in Shinagawa, Tokyo, has always been interesting as sometimes reveals products and prototypes that Sony hasn’t even announced yet. While the big focus at this year’s Dealer Convention was 3D products, there was also a small exhibit showing a very exciting development that could one day be used in future Sony Reader devices.

April 12th – Sony Europe announced a new and improved Sony Wearable and Water Resistant Walkman in their W series. The Sony NWZ-W250 is actually water resistant, something that its cousin W202 has had issues with. You also get a new look, a new stand and of course Sony acclaimed superb sound. NWZ-W252 is offered in a 2GB of storage in the USA and 4 Gb to store your techno or whatever music you like to work out to.

#8 – Our leak of the new Sony Reader eBook devices

August 12th – The fall season in the USA always brings an update to Sony Reader devices, and we were the first to deliver concrete information about the new models – PRS-350 and PRS-650. Sony has been under pressure in the E-Book Reader product category as they face increased competition from rivals Apple (iPad), Amazon (Kindle), Barnes & Noble (Nook), and a hodgepodge of other companies.

#7 – Inside Job Movie Exposes The Truth Behind American Financial Crisis

August 24th – Inside Job is a documentary from Academy Award nominated filmmaker, Charles Ferguson (“No End In Sight”), and is the first film to expose the shocking truth behind the economic crisis of 2008. The global financial meltdown, at a cost of over $20 trillion, resulted in millions of people losing their homes and jobs. Through extensive research and interviews with major financial insiders, politicians and journalists, Inside Job traces the rise of a rogue industry and unveils the corrosive relationships which have corrupted politics, regulation and academia. 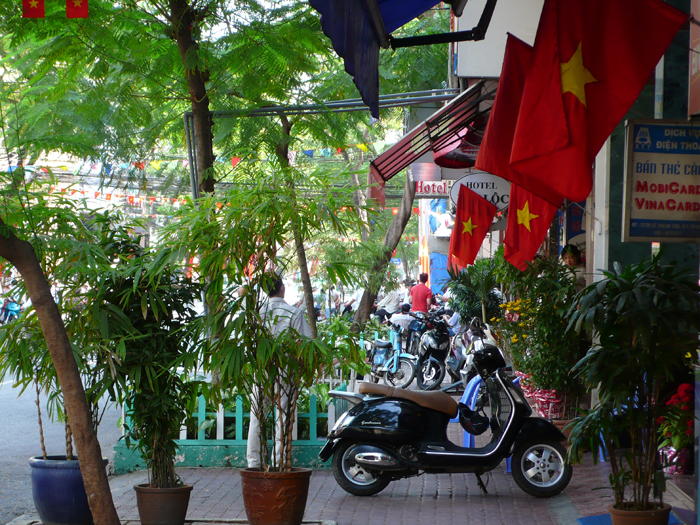 January 19th – Sony Computer Entertainment Asia announced that the company has formally started PlayStation business in Socialist Republic of Vietnam, making the one of the world’s popular computer entertainment systems and services available to the PlayStation fans and consumers in the country.

January 21st – According to dozens of forum users at Notebookreview.com, apparently owners of the powerful Sony VAIO F Series VPCF112FX/B, VPCF11JFX/B, VPCF11MFX/B and VPCF1190X CTO were experiencing an odd high pitched whine or buzzing sound (aka whining) while using the laptop. The issue caused several consumers to call Sony for support, but they were unable to provide a fix over the phone – this led to several of the laptops being returned, exchanged, and so forth. However, after observing the forum topic it seems that the problem resides within the microphone built into the laptop itself, and with a few simple clicks this issue can be temporarily resolved. Sony eventually provided a full fix for this issue.

January 22nd – The XPERIA X10, also known in Japan simply as Xperia, came to the massive wireless carrier DoCoMo yesterday amid great reception. However, what’s truly odd about this 1Ghz, 4 inch screen Android phone is that the battery life figures have been relatively unknown up to this point. Even Sony Ericsson’s global site has never listed the battery life figures in its specifications. This left many curious as to how long it could actually last.

January 10th – One of the most overlooked announcements by Sony at CES 2010 was the new iPhone/iPod Touch application called “BD Remote” that is compatible with all 2010 Sony Networked Blu-ray Players. Well I guess it wasn’t that overlooked after we published a nice hands-on with the interface.

April 13th – The XPERIA X10 is truly outstanding as SE’s first Android device, and has some features that really shine in comparison to the competition. The design is also just so stunning, and reminds me of the Monolithic Design concept we’ve seen with Sony’s other products. However, after using the phone daily, it became obvious that there was a big problem – the battery life. The battery was draining way too quickly, even in standby mode. I tried some application management programs, and so forth, but it still seemed less than what I’d hoped for. This post originated before a firmware fix that corrected some problems, and visitors left comments with other tips.

Sony Ericsson’s major device for AT&T in 2010 was the XPERIA X10. With specifications straight out of Star Trek, is one of the most advanced devices ever released by Sony Ericsson. However, the new iPhone 4, despite its shortcomings, has set the bar in smartphone functionality that is nearly unmatched by other devices. We put the XPERIA X10 (specs courtesy Sony Ericsson) head to head with the iPhone 4 (specs courtesy of Apple) in a detailed specifications comparison.